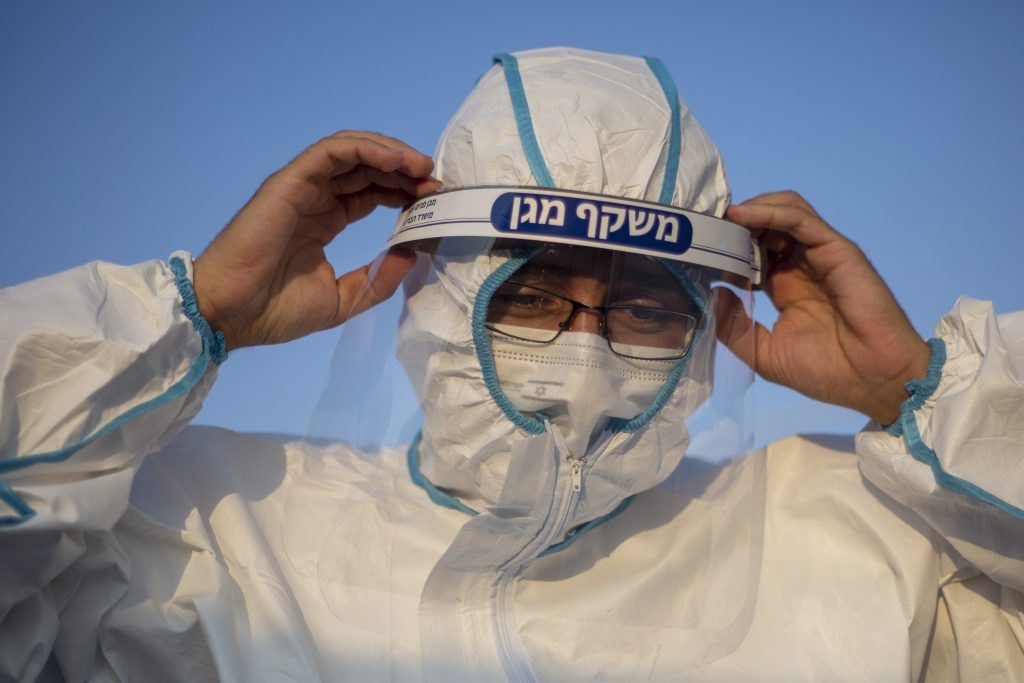 Health Ministry figures published Thursday morning showed that 1,994 new cases were confirmed on Wednesday, just under the 2,000 mark below which authorities have determined that restrictions can start to be eased.

According to the ministry, positivity rates of the 37,230 tests conducted on Wednesday have dropped to 5.3%.

Professor Ronni Gamzu, the leader of the government’s efforts to contain the coronavirus outbreak, estimated on Thursday that infection rates in Israel could reach the threshold for easing some restrictions in the coming days, while warning that the current downward trend could still be reversed and that it was too early to draw definite conclusions.

However, as Gamzu has clarified, the target number of 2,000 daily infections — along with a positive test rate of under 8% and a basic reproduction number of less than 0.8 — must be met as a daily average for an entire week.

“According to this morning’s data there has been another drop in confirmed cases and it is currently around 2,000,” Gamzu told Army Radio. “The positive rate is under 8%, and the basic reproduction number reached its goal. However, we need to consider the number of daily infections while looking several days back and see the daily average over at least a week.”

Gamzu said that authorities would check early next week whether the target numbers have been reached, and expressed optimism.

“We will have to double-check the numbers, but my opinion is that at the beginning of next week, we will definitely be able to take the first step in easing the restrictions,” Gamzu said. That phase is expected to return the private sector to normal operations, excluding businesses that receive customers in person, and reopen kindergartens and preschools.

The country’s death toll stood at 2,099. The number of serious cases continued its downward trend and reached 734, including 253 patients on ventilators.

Israel’s rate of positive coronavirus test results is the lowest since July. Less than three weeks ago, daily infections were above 8,000.

Gamzu said Wednesday that officials were looking into the possibility of shortening the time required for mandatory quarantine of those exposed to the virus. He said the drop in infections and the readiness of the health system to test people quickly and to swiftly trace contacts made the move a possibility.

Israel currently requires 14 days of quarantine for anyone coming from abroad and anyone who was in contact with a confirmed carrier.

Gamzu suggested that those in quarantine may be able to leave after just 10 days by taking a virus test. He said an announcement on the matter would be made in the coming days.

“We have enough tests to allow it. It’s being worked on in the Health Ministry,” he said during a tour of an IDF Home Front Command headquarters tasked with contact tracing.

“There is at the moment a good ability to break [the chain of infection],” he said. “There is an operating headquarters, 2,000 investigations [a day] are being handled with high quality. That gives us the ability to contain, to control.”

Gamzu also backed maintaining the lockdown in “red” cities, which aligns with his traffic light plan that would apply localized lockdown measures depending on infection rates.

There are currently 43,939 people battling COVID-19, with Yerushalayim leading the country with 5,162 active cases followed by Bnei Brak with 3,715.