Israel Lockdown Leaks: Some Restrictions to be Lifted Sunday
CoronavirusIsrael 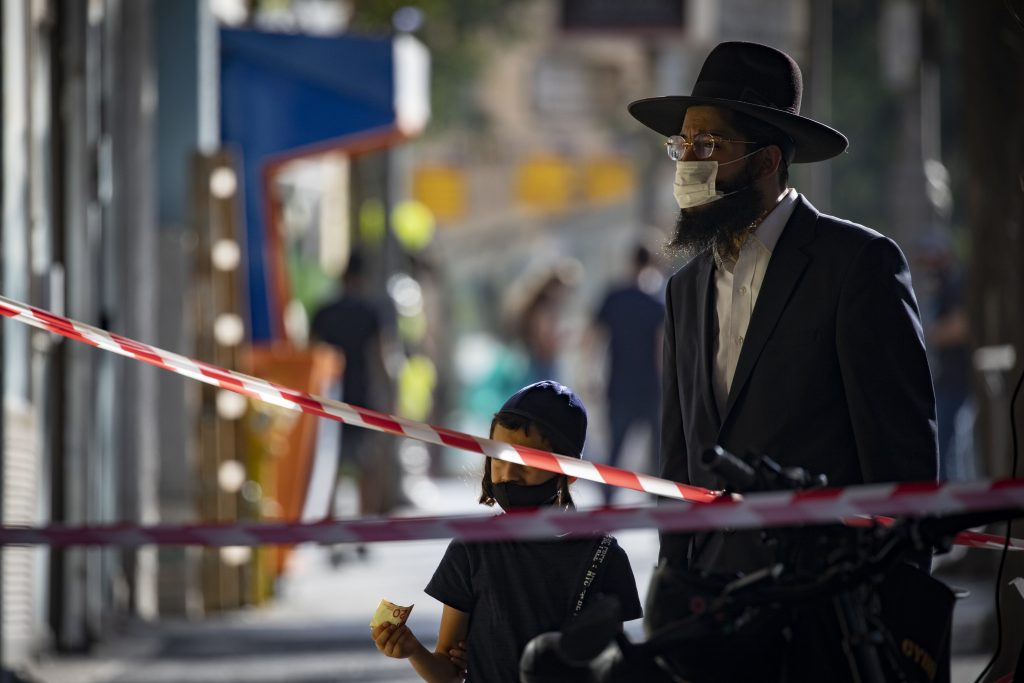 Israel’s coronavirus cabinet has approved a range of easements in the nationwide lockdown following reports of a dramatic drop in Covid-19 infection rates, according to reports leaked to the media on Thursday.

Ministers were said to have voted in favor of lifting the 1,000-yard restriction on movement outside the home, opening parks and beaches, as well as businesses that don’t serve in person. Preschools will also resume and restaurants will be allowed to serve takeaway.

At the Kosel, prayer capsules restricted to twenty people each will again be allowed as of Sunday.

In an angry dissent, Minister of the Interior Rabbi Aryeh Deri (Shas) reportedly hung up on the teleconferees in a dispute over raising the limit for chassunahs from the current 20 to 200. Those close to the minister told Channel 12 that Rabbi Deri was “disappointed in Netanyahu.”

The changes are expected to begin on Sunday.

In a self-congratulatory statement that still fell short of announcing a rollback in restrictions, Israeli Prime Minister Binyamin Netanyahu‏‏ told the ministers:

“As of now, the lockdown has been a major success. We are seeing a decline in all data, a clear and consistent decline. But, he added, “the exit needs to be gradual, responsible, careful and controlled.”

Netanyahu said that other countries are again looking toward Israel as a coronavirus role model.‏‏

“There is no doubt that as of now there is a success here which they are already beginning to talk about and look at in many countries, mainly in Europe, where the morbidity in several countries has already passed us. They are now deliberating on a question that we deliberated on and already decided – yes to a lockdown, yes to lowering the numbers quickly. But now our great challenge is to continue the decline without bringing about a new outbreak and a new increase.”

Earlier in the day, coronavirus project manager Ronni Gamzu told Army Radio, that the number of new daily infections has fallen below 2,000, based on 30,000 or more tests and the reproduction rate – the R, the number of people an infected person will infect – stands at 0.8.