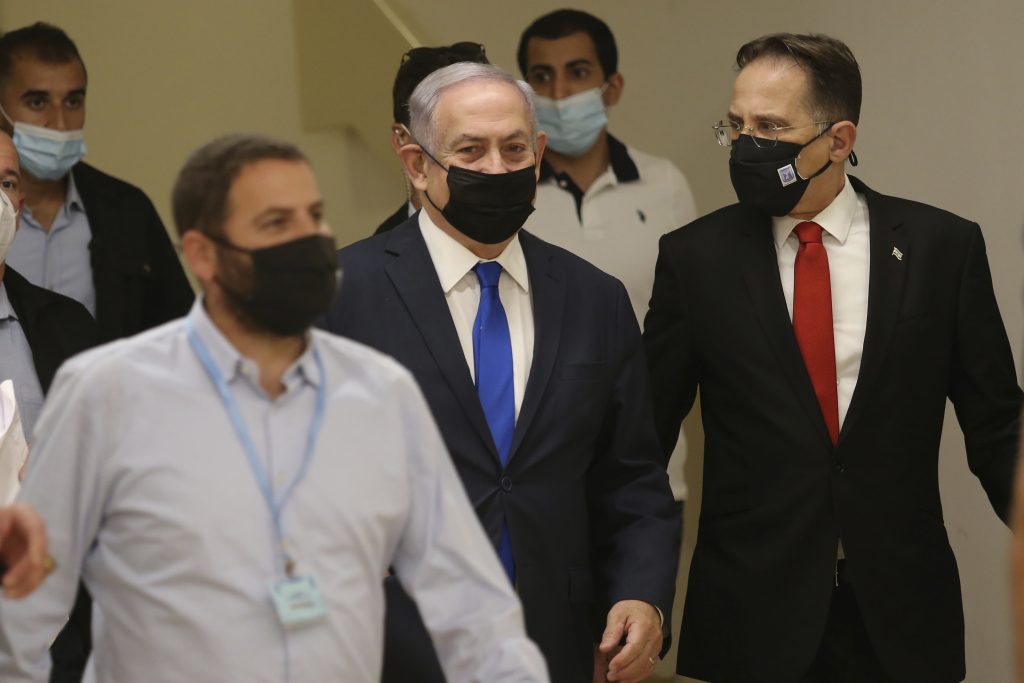 The Knesset on Thursday voted overwhelmingly in favor of formally ratifying the country’s historic agreement normalizing diplomatic relations with the United Arab Emirates.

Israel and the UAE announced the U.S.-brokered agreement in August, and signed a deal in a White House ceremony last month. Thursday’s approval by the 120-seat parliament, which passed in a 80-13 vote, was largely a formality.

The deals reflect a shift in the Middle East as Arab countries’ shared concerns with Israel about Iran outweigh their traditional support for the Palestinians.

“Many Arab and Muslim countries want to get close to us,” Prime Minister Binyamin Netanyahu said in a speech. “They see our military and intelligence, technological and economic power. They are changing their attitude toward us.”

The Palestinians, who have long relied on unified Arab support to boost them against Israel, have condemned the deal and accused the UAE of betrayal.

The Joint List, the main Arab-dominated faction in the Knesset, cast the lone opposing votes Thursday in solidarity with their Palestinian brethren.

Ayman Odeh, chairman of the Joint List, said the only deal that would bring peace and prosperity to the region would be a peace agreement creating an independent Palestinian state alongside Israel.

“The deal being signed today is part of Trump’s dangerous vision that … will perpetuate the military regime on millions of Palestinians, the settlements and the outposts,” he wrote in a tweet before the vote.

Deputy Health Minister Yoav Kisch of Likud reflected the consensus, hailing the event with a tweeted picture of him voting. “History,” he writes.

Twenty-seven MKs did not vote on the measure.

Addressing charges that there were secret understandings with the UAE in which Israel assented to the sale of advanced F-35 combat jets, Netanyahu insisted that “there are no secret annexes or hidden clauses in the UEA deal.”

Earlier, he had refused to hold a closed door meeting with the Knesset Foreign Affairs and Defense Committee classified subcommittee on intelligence until after the deal passed in the Knesset.

During the Knesset session, Netanyahu also spoke about the lockdown, which is set to be partially lifted after the coronavirus infection went down.

Despite hecklers, he intoned, “The lockdown works! It is saving lives.”

He added: “Israel took the step that [Europe] is afraid to. It’s not easy.”

Yisrael Beytenu MK Eli Avidar, who shouted at Netanyahu that the lockdown is killing people and Netanyahu should be ashamed, was ejected from the plenum.