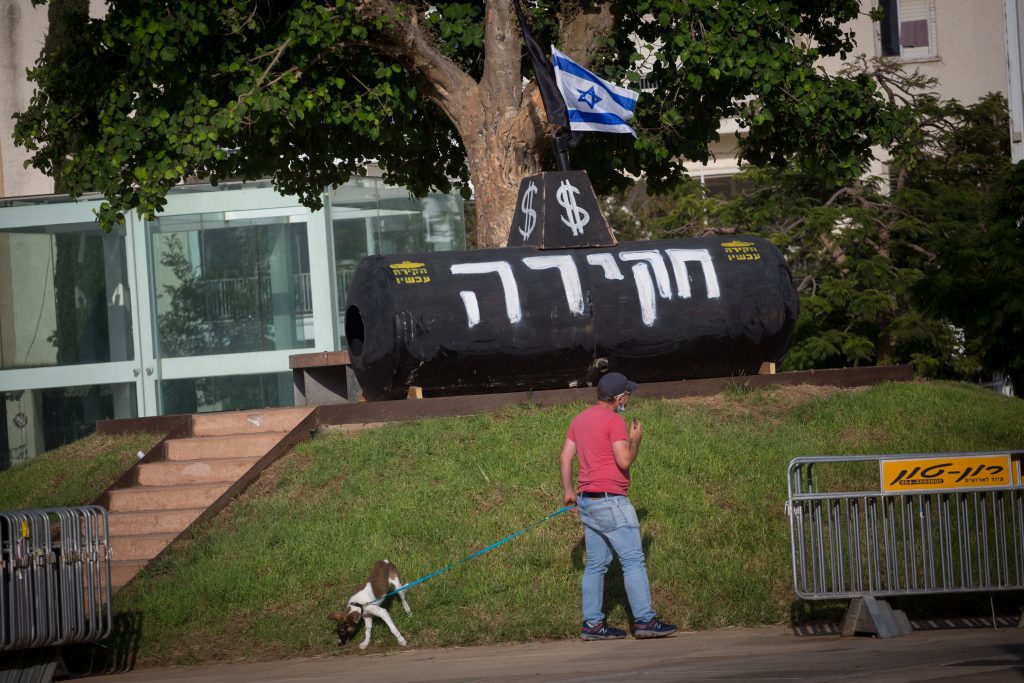 Attorney General Avichai Mandelblit said on Thursday that Prime Minister Binyamin Netanyahu should not be investigated in connection with allegedly corrupt submarine purchases.

Mandelblit informed the High Court that, in his opinion, there is insufficient evidence linking Netanyahu to possible wrongdoing to warrant a formal investigation, as demanded by petitioners to the court.

SeaDrift, which produces needle coke used for manufacturing graphite electrodes, was later acquired by a conglomerate in the same field, GrafTech International, a longtime supplier of Germany’s ThyssenKrupp, which is accused of paying bribes to Israeli officials to win the submarine contract.

Although the defendants were associated with the prime minister, police investigators have said that he himself was not a suspect in the case.