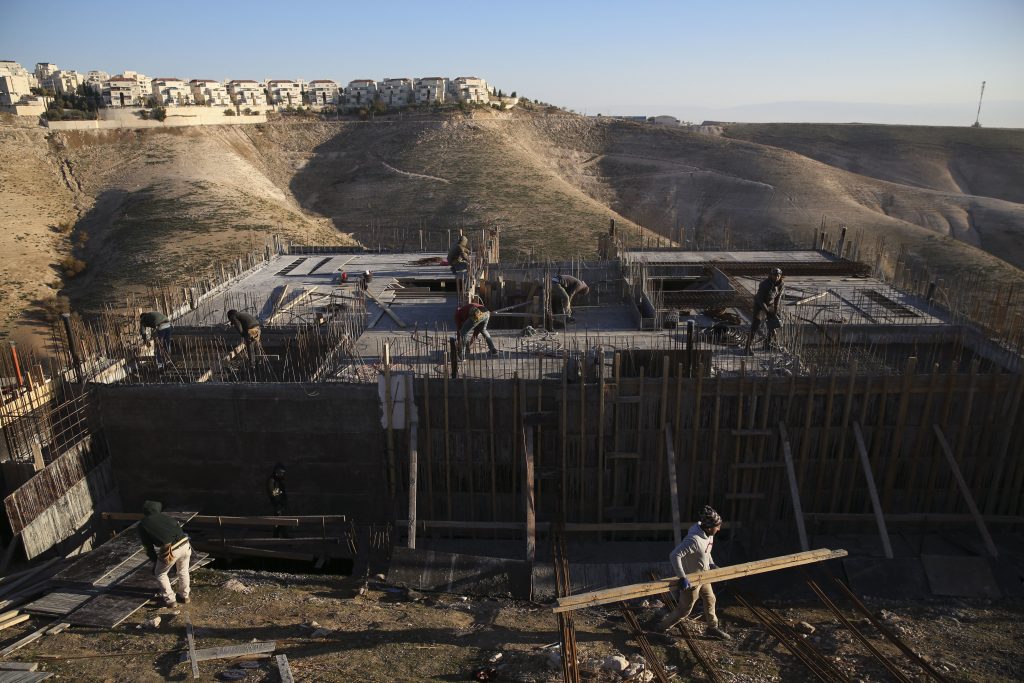 Israel on Thursday pressed forward on plans for more than 3,000 new homes in Yehuda and Shomron, making 2020 one of the most prolific years for building in the region, according to the leftwing watchdog Peace Now.

Thursday’s approvals, along with more than 2,000 new homes approved a day earlier, are part of a building boom that has gained steam during the presidency of Donald Trump. It also comes months after Israel promised to put on hold plans to annex parts of Yehuda and Shomron in exchange for a U.S.-brokered normalization deal with the United Arab Emirates.

There was no official confirmation of the decision yet on Thursday, although the Higher Planning Council for Yehuda and Shomron, which approved Wednesday’s tranche, was scheduled to meet again on Thursday to review the second batch.

The latest approvals raised the number of homes to be advanced this year to more than 12,150, according to Peace Now. It is by far the highest number of approvals since Trump took office in early 2017 and the highest since Peace Now began recording the figures in 2012.

Peace Now views the new construction as “de facto annexation,” which threatens the possibility of a two-state solution to the Israeli-Palestinian conflict.

“Instead of taking advantage of the agreements with the Gulf states and promoting peace with the Palestinians, (Netanyahu) is distorting Israel’s priorities and catering to a fringe minority for these settlement unit approvals that will continue to harm future prospects for peace,” it said in a statement.

The units allowed to move forward in different planning stages include hundreds of homes that were built illegally but were now being given retroactive approval.

The approvals add to a growing pipeline of construction that is expected to take off in the next few years. One of those plans would build 560 homes in Har Gilo, a strategically placed community between Beit Lechem and Yerushalayim.

Jewish leaders in the region welcomed the decision.

“We are happy our efforts have borne fruit and the approvals were advanced,” said a statement from the Yesha umbrella group.

“Building in the area cannot be used as a bargaining chip in other matters or peace deals,” it added, referring to Israel’s agreement to suspend annexation plans to reach a normalization deal with the UAE.

Yisrael Gantz, head of the Binyamin Regional Council, where most of the approvals were reportedly concentrated, said:

“We demand the full freeing of building in Yehuda and Shomron in line with the development needs we have here,” he said. “Building here needs to be like everywhere else in the country and not bound by diplomatic shackles.”