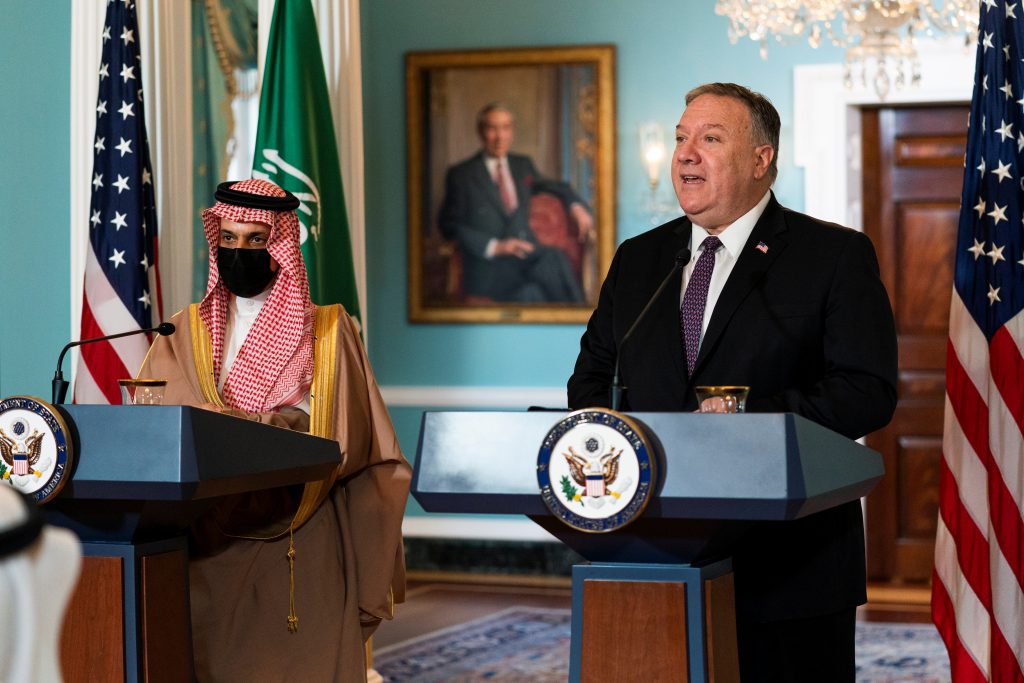 Secretary of State Mike Pompeo on Wednesday urged Saudi Arabia to consider normalizing relations with Israel as he met with the Gulf country’s foreign minister, also saying that Washington supports a “robust program of arms sales” to it.

“We hope Saudi Arabia will consider normalizing its relationships as well, and we want to thank them for the assistance they’ve had in the success of the Abraham Accords so far,” Pompeo said, adding that he hopes the nation will encourage Palestinian leaders or the Palestinian Authority to return to negotiations with Israel.

The United Arab Emirates and Bahrain last month signed agreements toward normalizing relations with Israel in a strategic realignment of Middle Eastern countries against Iran.

“They reflect a changing dynamic in the region, in which countries rightly recognize the need for regional cooperation to counter Iranian influence and generate prosperity,” Pompeo said. The United States is trying to persuade more Gulf countries to strike similar accords with Israel, as the UAE and Bahrain did at the Sept. 15 ceremony in Washington.

Riyadh has quietly acquiesced to the UAE and Bahrain deals – though it has stopped short of endorsing them – and has signaled it is not ready to take action itself.

Saudi Arabia drew up a 2002 initiative under which Arab nations offered to normalize ties with Israel in return for a statehood deal with the Palestinians and full Israeli withdrawal from Yehudah and Shomron.