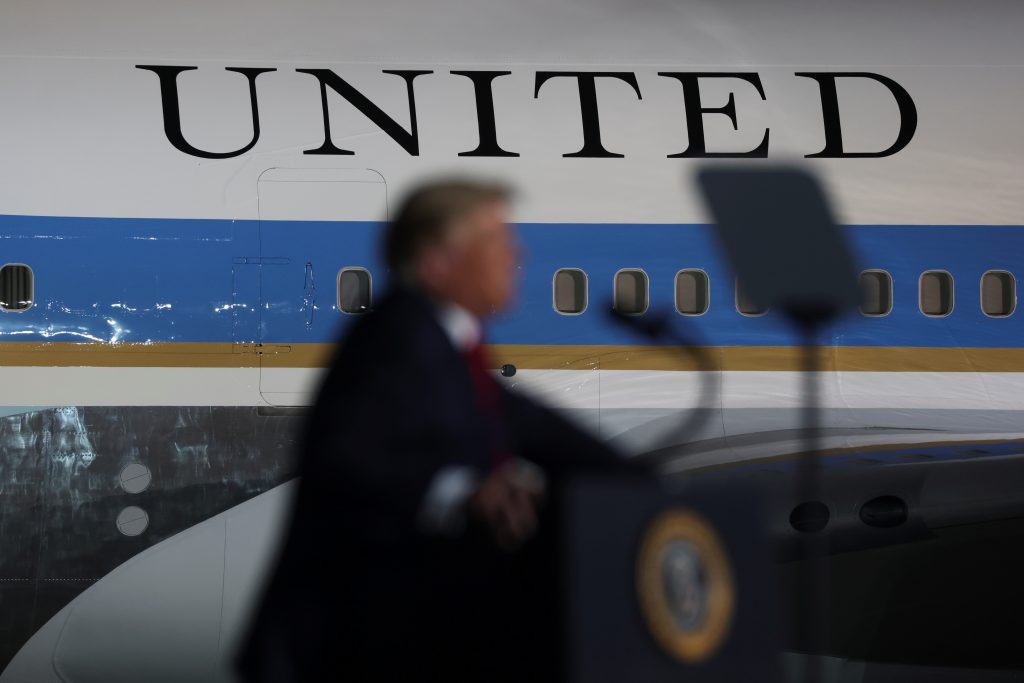 President Donald Trump on Tuesday will travel to Pennsylvania for his second campaign rally since his bout with COVID-19, while Democratic rival Joe Biden is heading to Florida as the fight for the White House focuses on two of the biggest battleground states.

Trump returned to the campaign trail on Monday night in Florida for the first time since disclosing he had the coronavirus, throwing out protective masks to supporters but not wearing one himself as he talked about his recovery.

“I went through it now. They say I’m immune. I feel so powerful,” Trump told the crowd.

The rally came hours after the White House said Trump had tested negative for COVID-19 on consecutive days and was not infectious to others.

They were the president’s first negative COVID-19 tests announced by the White House since Trump said on Oct. 2 that he had contracted the virus. In a memo, Dr. Sean Conley did not say when the tests were conducted.

Biden has been critical of Trump’s management of the pandemic. Trump has worked furiously for months to shift public attention away from the coronavirus, which has infected more than 7.8 million people in the United States, killed more than 214,000 and put millions out of work.

But Trump’s illness has put the focus of the campaign’s closing stretch squarely on his response to the coronavirus, and opinion polls show Trump losing more ground to Biden as the two White House contenders push toward the Nov. 3 election.

Trump will travel on Tuesday to Johnstown, Pennsylvania, for an airport rally in a state that he carried in 2016 by less than one percentage point, and where polls show Biden with a steady lead this time around.

A Reuters/Ipsos poll released on Monday showed Biden with a 7 percentage point lead over Trump in Pennsylvania, with a majority of voters saying Biden would do a better job of handling the pandemic.

Biden will head to the battleground of Florida, where a win over Trump would cripple the president’s chances for re-election. The former vice president will deliver remarks in Pembroke Pines on his vision for older Americans and attend an event in Miramar to encourage residents to make a plan to vote.

Most recent polls show Biden with a small lead and ahead with key demographic groups in the state, particularly seniors. Trump won Florida in 2016 by 1.2 percentage points.

Trump plans rallies in Pennsylvania, Iowa, North Carolina, Georgia and Florida later this week as he barnstorms through crucial states ahead of the election.