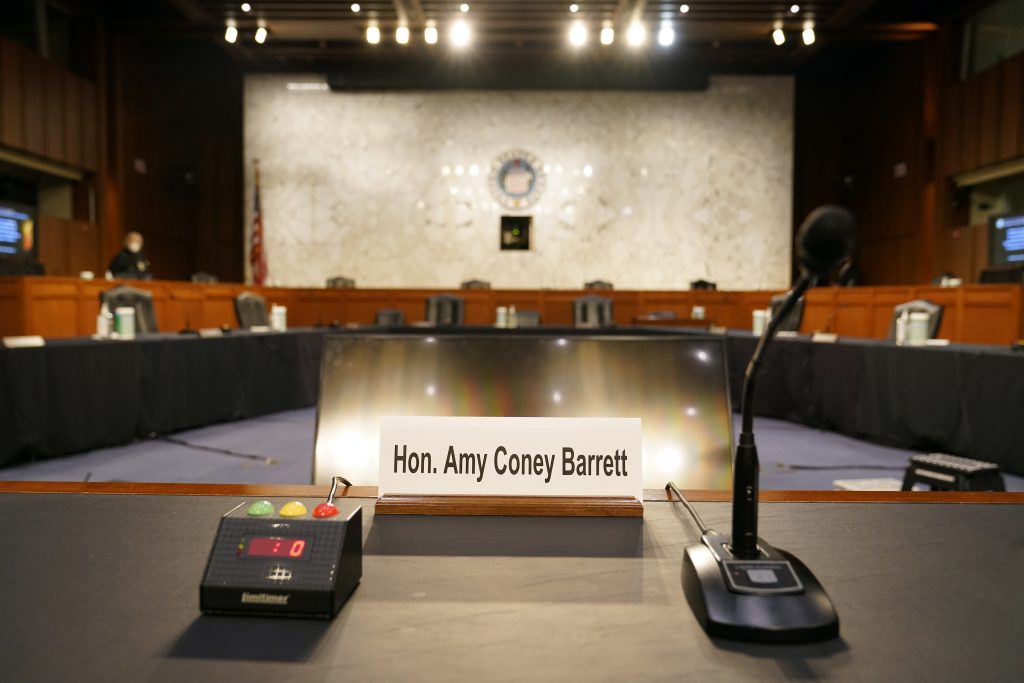 The Senate Judiciary Committee has scheduled a vote to approve Judge Amy Coney Barrett’s nomination to the Supreme Court — before her confirmation hearings have even ended.

Senate Judiciary Committee Chairman Lindsey Graham scheduled a committee vote for 9 a.m. Thursday, Oct. 15, the morning of the last day of hearings. Barrett’s nomination is expected to be brought up for a vote at that meeting and then delayed for a week, per committee rules.

If that happens as expected, the GOP-led committee would then vote to approve her nomination Thursday, Oct. 22. That would set up a final confirmation vote on the Senate floor the week of Oct. 26.

Republicans are moving quickly to confirm Barrett before the presidential election Nov. 3. Unless circumstances change, Republicans are expected to have the votes to approve the nomination in committee and for final confirmation on the floor.