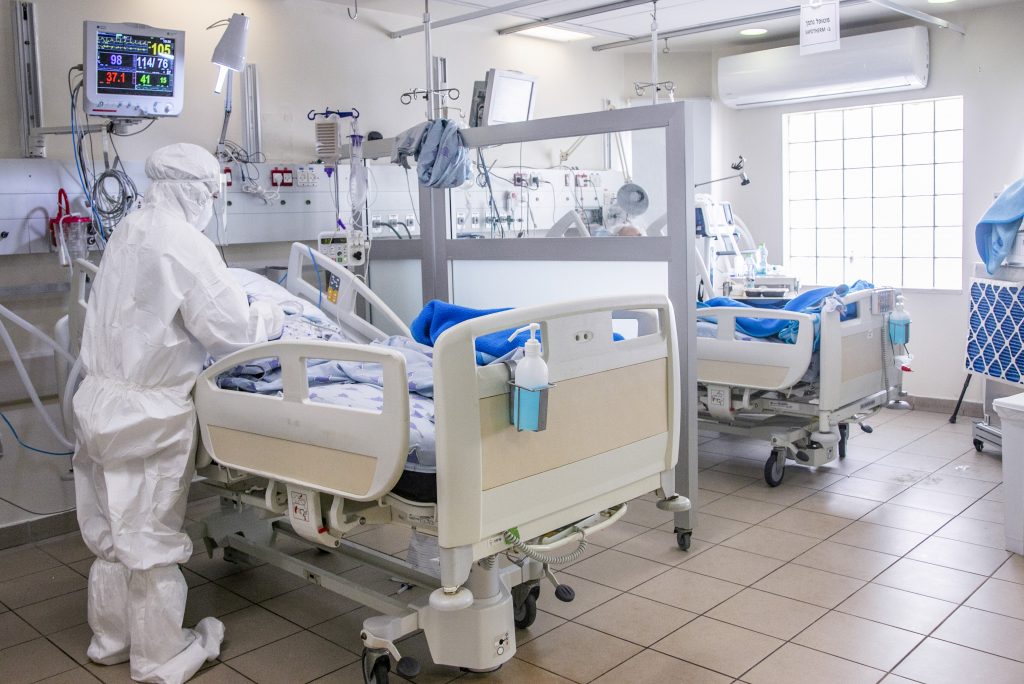 Tel Aviv’s Ichilov Hospital said on Monday that the hospital system has reached its capacity for treating Covid-19 patients and called on the Health Ministry to address the situation urgently.

“There will be no transfer of new coronavirus patients requiring nursing care to the emergency room until a solution is found to release the existing patients. This is a required step of regulation among the hospitals in the center [of the country] according to their occupancy rates,” Ichilov said in a statement quoted by the Times of Israel.

The hospital is currently treating 65 people in critical or serious condition. An additional 25 virus patients no longer require hospitalization, but no other facility will take them due to the levels of nursing care they required, the hospital said.

However, the Ichilov statement appeared to be at odds with media reports of coronavirus facilities opening elsewhere in the country.

The IDF opened two coronavirus wards in Haifa’s Rambam Medical Center, which was reportedly operating at fifty percent of capacity of 120 beds.The Beilinson Medical Center in Petah Tikva was said to have a low occupancy rate in its parking lot facility, and Soroka Hospital in the southern city of Beersheva reportedly has an entire empty ward designated for pandemic use.

Gil Fire, the deputy director of Ichilov, denied an accusation that the refusal to take new patients was a political maneuver.

“The struggle is not political — the desire is to direct patients to places that will provide them with optimal care,” he told Army Radio.

Meanwhile, the Health Ministry said that the number of fatalities from COVID-19 has passed the 2,000 mark, with 16 deaths since midnight Sunday, bringing the official toll since the March outbreak to 2,016.

According to the Ministry, there have been 293,553 infections since the pandemic began, including 1,915 confirmed so far on Monday.

Of the 52,892 active cases, 827 people are listed in serious condition, with 227 on ventilators. Another 287 are in moderate condition and the rest have mild or no symptoms.

The ministry says 29,507 tests have been performed today, with 6.5 percent returning positive.