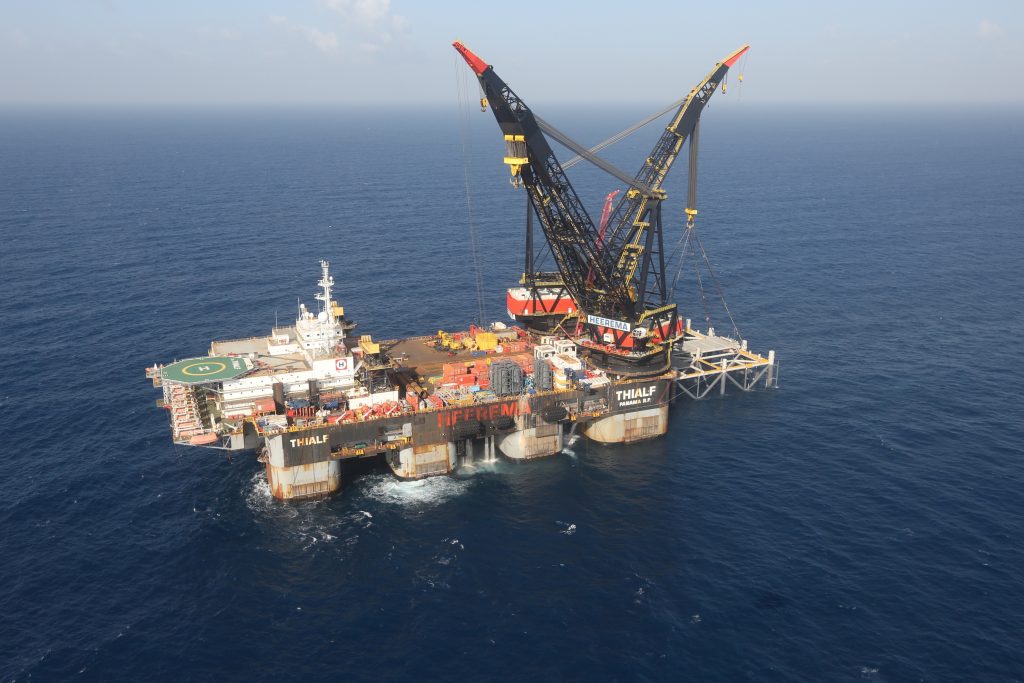 Five years after Israel signed a landmark agreement to develop large offshore gas fields over the objections of antitrust authorities, environmentalists and consumer advocates, ordinary Israelis have yet to see the windfall promised by the government.

The deal has chiseled away at the monopoly held by Houston-based Noble Energy and Israel’s Delek Group, which discovered and developed the fields, bringing prices down. The country is on track to phase out coal and derive nearly all its electricity from cleaner-burning gas and solar power by 2025, and is exporting gas to neighboring Egypt and Jordan.

But the financial benefits have yet to trickle down to Israeli consumers, who continue to pay stubbornly high electricity costs even as oil and gas prices have plunged in recent years.

As the scramble for natural gas creates new alliances and rivalries across the eastern Mediterranean, Israel’s experience shows that while big gas discoveries can yield geopolitical clout they don’t always deliver the riches promised by politicians.

The government says the gas reserves have turned Israel into a regional player and solidified ties with two Arab neighbors. Israel has also teamed up with Cyprus and Greece for a planned $6 billion pipeline to Europe, strengthening its position as it prepares to hold rare talks with Lebanon this week over their disputed maritime border.

But the so-called EastMed pipeline has heightened tensions with Turkey and is fraught with political and logistical challenges. It could prove infeasible if gas prices remain low and Europe accelerates its shift to renewable energy.

At the time of the 2015 gas deal, Prime Minister Binyamin Netanyahu promised “hundreds of millions of shekels for education, welfare, health and for every Israeli citizen,” but a hoped-for sovereign wealth fund has yet to materialize because revenues have been lower than expected.

Israel’s revenues from oil and gas royalties have hovered around $250 million a year since 2015, less than 1% of the country’s most recent national budget, of around $135 billion.

Prior to the 2015 gas framework agreement, a partnership between Noble and Delek was the main developer of the Tamar field, which went online in 2013, and Leviathan — one of the largest gas fields discovered in the Mediterranean — which went online last year.

The gas deal required them to sell two smaller fields, which were acquired by the Greek firm Energean in 2016. Delek must sell its share of Tamar next year, and Noble — which was recently acquired by gas giant Chevron — is required to reduce its holdings.

Energy Minister Yuval Steinitz, a driving force behind the 2015 agreement, says the restructuring of the industry has brought new contract prices down from more than $6 per million British Thermal Units to less than $4 per mmBTU.

“The reality is very clear. Prices today are much lower than they used to be before the framework,” he said, adding that he expects a further drop of up to 25%.

That’s true for new contracts, but the price Israeli consumers pay is still largely determined by a 2012 contact between Tamar and the state-run Israel Electric Corporation, in which prices are tethered to the U.S. consumer price index and have steadily risen since 2015 to more than $6 per mmBTU, even as global prices have plunged.

Orit Farkash-Hacohen served as the head of Israel’s public utilities authority at the time the framework was being negotiated and was sidelined after arguing that the pricing mechanism was unfair to consumers. She had suggested prices be pegged to an international basket instead, and that Israel push for the change as part of the 2015 agreement.

Israel’s antitrust commissioner resigned in protest after arguing that the 2015 deal would not bring competition to the market, and thousands took to the streets in demonstrations. Netanyahu was eventually able to push it through by citing national security considerations.

Farkash-Hacohen supports much of the framework, but faults the government for not renegotiating the main contract between the gas companies and the IEC.

“When you’re dealing with an electricity monopoly you regulate its prices in order for it not to misuse its power,” said Farkash-Hacohen, who was recently appointed tourism minister.

“In that sense it was a missed opportunity that unfortunately affected the cost of living of the people of the state of Israel.”

Gabriel Mitchell, an energy researcher at Israel’s Mitvim Institute, says Israelis are paying prices that are “wildly above” those available on the international market.

“One of the big issues that we’re seeing now in 2020, with everything that’s happened post-coronavirus and with the collapse of global energy prices, is that the average Israeli is paying somewhere between two and three times the amount for a unit of energy than is available on the global market,” he said.

He and other critics point to the IEC’s recent purchase of liquified natural gas on the international market for a lower price than it is getting from Israel’s own fields.

The U.S. Henry Hub price, seen as an international benchmark for natural gas purchases, has averaged around $2.75 per mmBTU over the past five years and fell below $2 after the pandemic caused a global drop in demand.

The price of the Tamar gas has steadily risen during the same period, and Israelis have seen little change in their electricity bills since 2015, with tariffs hovering around 14 cents per kilowatt hour.

When asked about the high prices enshrined in the Tamar contract, Chevron, which completed its acquisition of Noble last Monday, said it “firmly believes in the sanctity of contracts.”

“These are very early days and as we continue to build relationships with all of our stakeholders in Israel, we are confident that they will see Chevron is committed to building trusted and mutually beneficial relationships,” it said in a statement.

The Israeli government says the shift from coal to natural gas has been good for the environment. Natural gas burns cleaner than coal or oil, cutting down on air pollution. But the drilling and transport of natural gas results in the leakage of methane, which has 86 times the global warming potential of carbon dioxide over a 20-year period, according to the Union of Concerned Scientists.

In January, Israel began exporting gas to Egypt under a 10-year deal valued at $15 billion. In 2016, Noble and Delek reached a $10 billion agreement to export gas to Jordan over 15 years.

Israel’s excess gas revenues were supposed to flow into a sovereign wealth fund for investment abroad, a path to riches used by other big exporters. The fund was supposed to be launched in 2018, but has yet to reach the NIS 1 billion ($290 million) required to begin investing.

Authorities hope to launch the fund next year. That’s also when Delek is set to sell off its share of Tamar and when the IEC is eligible to renegotiate its costly Tamar contract. That should bring prices down, but Farkash-Hacohen says it should have happened much earlier.

“Why were they given full immunity of prices, and secondly, such a long period of time to divest their ownership?” she said.