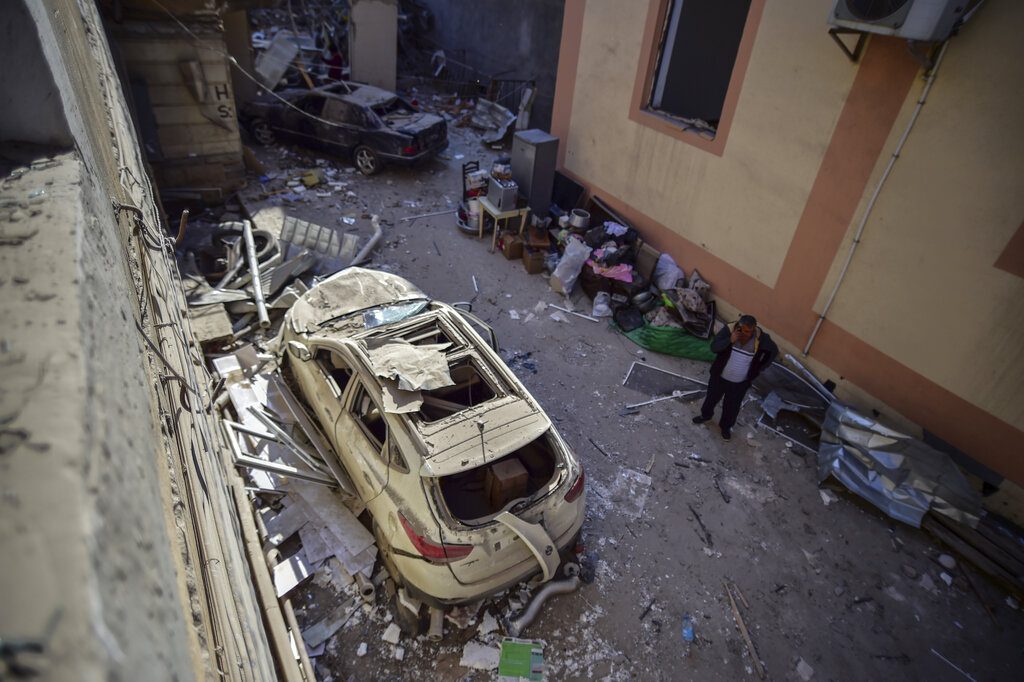 Armenia and Azerbaijan on Monday accused each other of attacks over the separatist territory of Nagorno-Karabakh despite a ceasefire deal brokered by Russia in an effort to end the worst outbreak of hostilities in the region in decades.

The ceasefire came into effect on Saturday, but was immediately challenged by mutual claims of violations that persisted throughout the weekend and continued on Monday morning.

Armenian Defense Ministry spokeswoman Shushan Stepanian said Monday that Azerbaijani forces were “intensively shelling the southern front” of the conflict zone. Nagorno-Karabakh officials said Azerbaijan was directing “large number of forces” to the area of Hadrut, a town in the south of the region, where “large-scale hostilities” were ongoing.

Azerbaijan’s Defense Ministry called accusations of directing forces to Hadrut “disinformation” and insisted that Azerbaijan was observing the ceasefire. The ministry in turn accused Armenian forces of shelling the Goranboy, Terter and Agdam regions of Azerbaijan that lie around Nagorno-Karabakh.

The recent bout of fighting between Azerbaijani and Armenian forces started Sept. 27 and has left hundreds of people dead in the biggest escalation of the decades-old conflict over Nagorno-Karabakh since a separatist war there ended in 1994. The region lies in Azerbaijan but has been under control of ethnic Armenian forces backed by Armenia.

The foreign ministers of Armenia and Azerbaijan signed a truce in Moscow after Russian President Vladimir Putin had brokered it in a series of calls with Azerbaijani President Ilham Aliyev and Armenian Prime Minister Nikol Pashinian.

The ceasefire took effect at noon Saturday, after talks in Moscow that were sponsored by Russian Foreign Minister Sergey Lavrov. The deal stipulated that the ceasefire should pave the way for talks on settling the conflict.

If the truce holds, it would mark a major diplomatic coup for Russia, which has a security pact with Armenia but has also cultivated warm ties with Azerbaijan. But so far the agreement “is not being adhered to in full, and hostilities continue,” Lavrov said Monday at a meeting with his Armenian counterpart.

Both Armenia and Azerbaijan on Monday reiterated their commitment to the ceasefire deal and accused each other of violating it.

Residents of Stepanakert, Nagorno-Karabakh’s capital which came under intense shelling last week, told The Associated Press on Monday it didn’t feel like a truce to them.

“We do not feel the ceasefire at all. We do not get out from here to our flats,” Larisa Azeryan, who has been staying in a shelter in the basement of an apartment building, told the AP. “We all stay here, we eat here, sleep here. The whole day is spent here in the basement.”