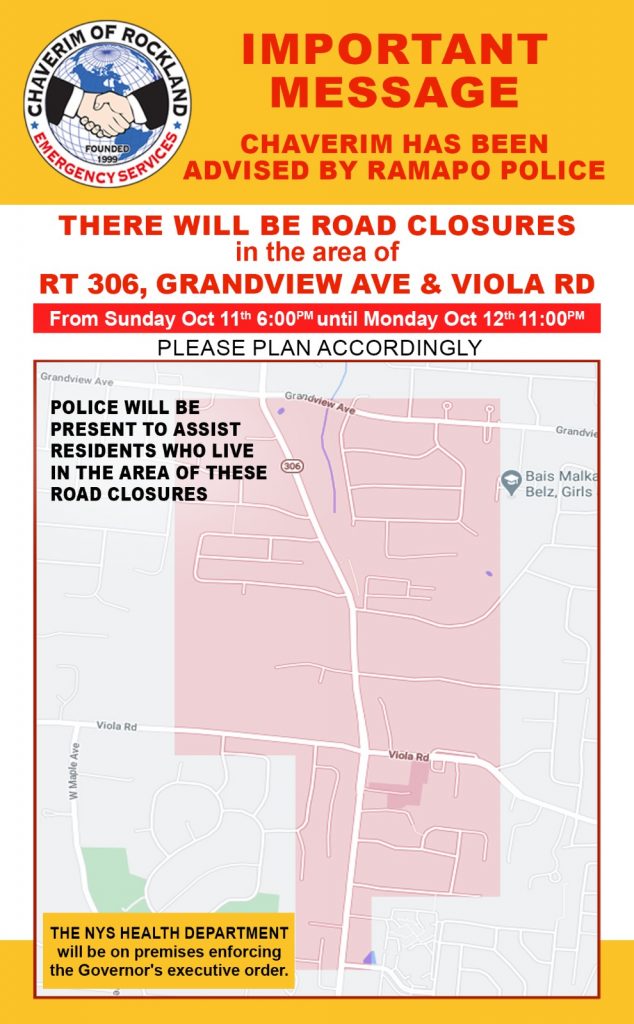 The Visnitzer Bais Hachaim in Monsey, where crowds normally gather on 24 Tishrei for the yahrtzeit of the Ribnitzer Rebbe, zy”a, has been closed by the NYS Health Department to enforce Governor Cuomo’s Executive order barring gatherings. Earlier this evening, foot traffic was allowed, but the Ramapo Police began halting that as well.

Chaveirim of Rockland notified local residents that although the streets surrounding the area have been closed, the police will be on hand to assist them in reaching their homes.