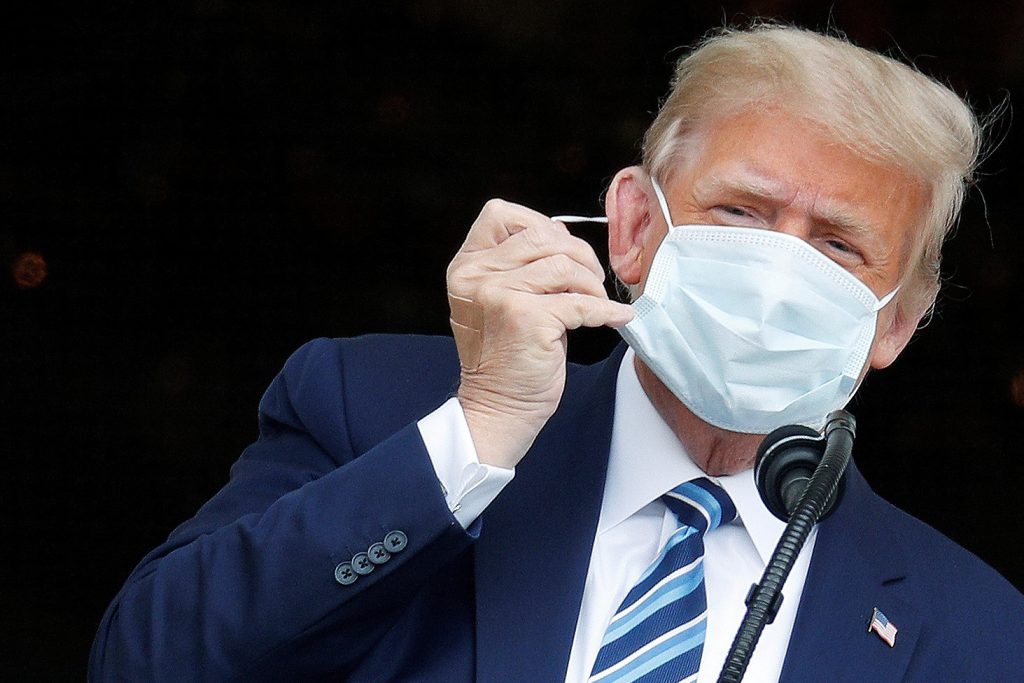 President Donald Trump said on Sunday he is fully recovered from COVID-19 and will not be a transmission risk to others, freeing him to return to holding big campaign rallies during the final weeks of the race for the White House.

Trump‘s physician said on Saturday the president had taken a test showing he was no longer infectious and there was no evidence “of actively replicating virus,” but did not directly say whether Trump had tested negative.

“I passed the highest test, the highest standards, and I’m in great shape,” Trump, who spent three days in the hospital after revealing he had tested positive on Oct. 2, told Fox News Channel.

Trump said he was no longer on medications for the coronavirus. “I beat this crazy, horrible China virus,” he said, adding “it seems like I’m immune.”

The scientific evidence is unclear on how long people who have recovered from COVID-19 have antibodies and are protected from a second infection.

“Now you have a president who doesn’t have to hide in the basement, like his opponent,” Trump said in a shot at Democratic rival Joe Biden.

Trump is eager to get back on the campaign trail after an absence of more than a week. He plans to travel to the key battleground state of Florida on Monday, followed by rallies in Pennsylvania and Iowa on Tuesday and Wednesday, respectively.

Trump addressed supporters from a White House balcony on Saturday afternoon, urging a crowd of hundreds of largely Black and Latino supporters to help get out the vote.

Opinion polls show Biden with a substantial lead nationally, although with a narrower advantage in some of the states that may decide the election outcome.

Trump repeated past calls for states to reopen their economies even as the pandemic shows little sign of abating. New cases of COVID-19 in the United States hit a two-month high on Friday.

Nationally, the United States is reporting on average 48,000 new cases a day and coronavirus hospitalizations in the Midwest hit a record for a sixth day in a row on Saturday, according to a Reuters analysis.