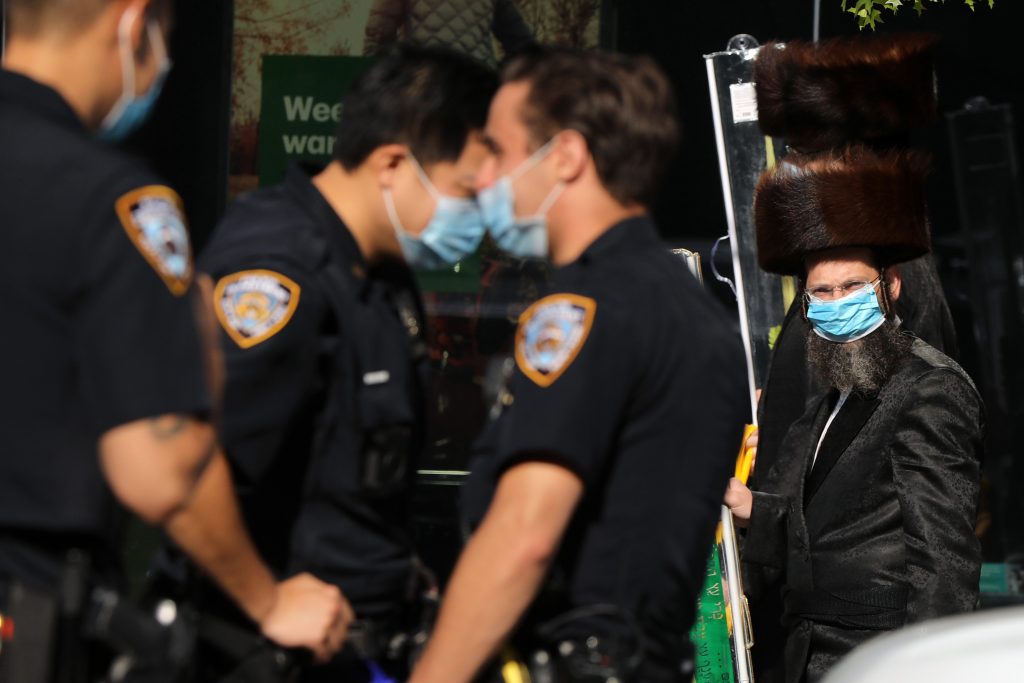 City officials gave out 62 fines totaling $150,000 for violations of COVID-19 rules in hot spots in Brooklyn and Queens over the weekend, the city government said Sunday.

Five unnamed religious institutions were among those hit with fines.

The crackdown came amid an alarming spike in COVID-19 cases from Borough Park, Brooklyn, to Kew Gardens, Queens.

With many of the affected areas home to large Orthodox Jewish populations, leaders have pleaded with the communities to shy away from large gatherings. Last week, Mayor Bill de Blasio announced fines of up to $15,000 for holding big get-togethers and penalties of up to $1,000 for those who refuse to wear face coverings.

Under new state rules, houses of worship in the hot spots haven’t been allowed to host groups of more than 10 since last Thursday.

“To keep all of New York City safe, we must work together,” read a Sunday afternoon message from the city government’s Twitter account. “The recent COVID outbreaks in Brooklyn and Queens will continue to receive additional FREE resources and strong enforcement.”

“People see that a law isn’t enforced — they dismiss the law,” the governor said on a phone call with reporters.