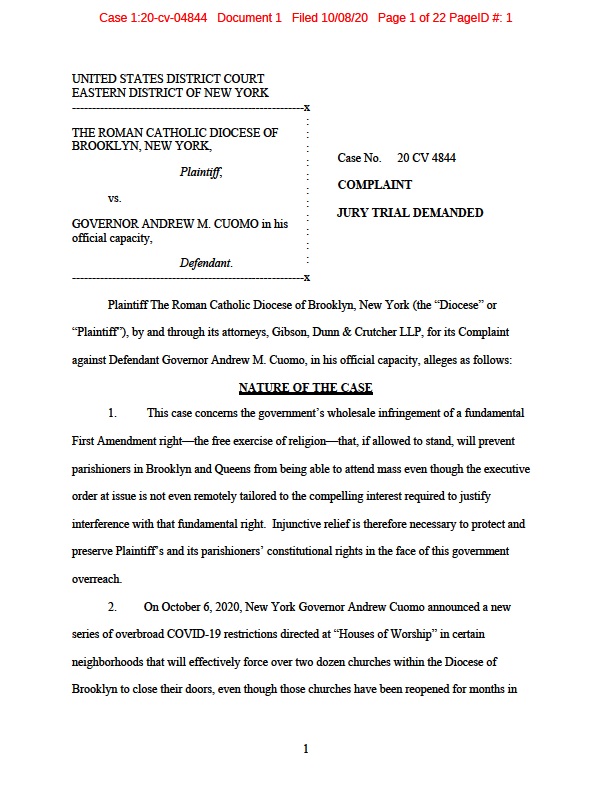 In response to Governor Cuomo’s newest restrictions limiting the participants in houses of worship, the Catholic Diocese of Brooklyn filed suit in United States District Court Eastern District of New York to enjoin the governor from implementing his limits of houses of worship.

This law suit follows a similar suit filed by Agudas Yisrael of America seeking a similar Temporary Restraining Order against the governor for the limits he placed on attendees at shuls in red and yellow zones throughout NYC and surrounding counties.