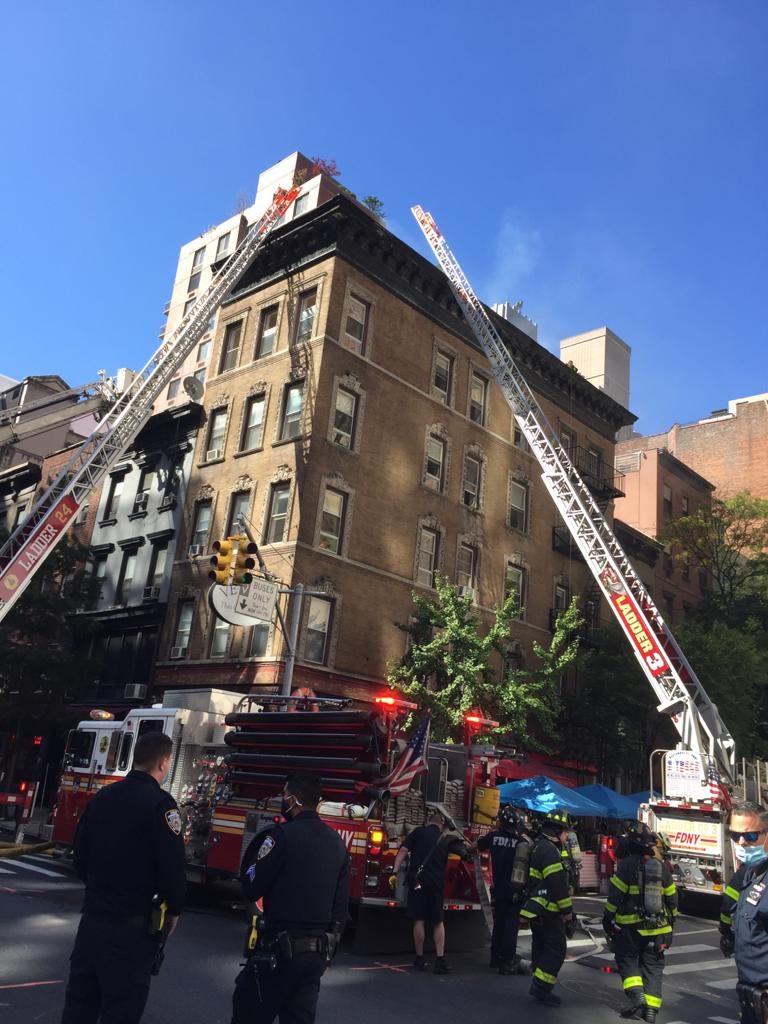 A two-alarm fire that began in a Midtown Manhattan pizzeria Tuesday morning resulted in no injuries.

The FDNY received the call at 11:27 a.m. about a fire in the pizza shop on the ground floor of 130 East 31st Street, on the corner of Lexington Avenue.

FDNY says the blaze “was deemed to be a second alarm at 11:40,” and over 100 members responded to the scene.

When a Hamodia reporter arrived at the scene at 11:47, there was smoke but no visible flames.

FDNY says the cause of the fire is under investigation.