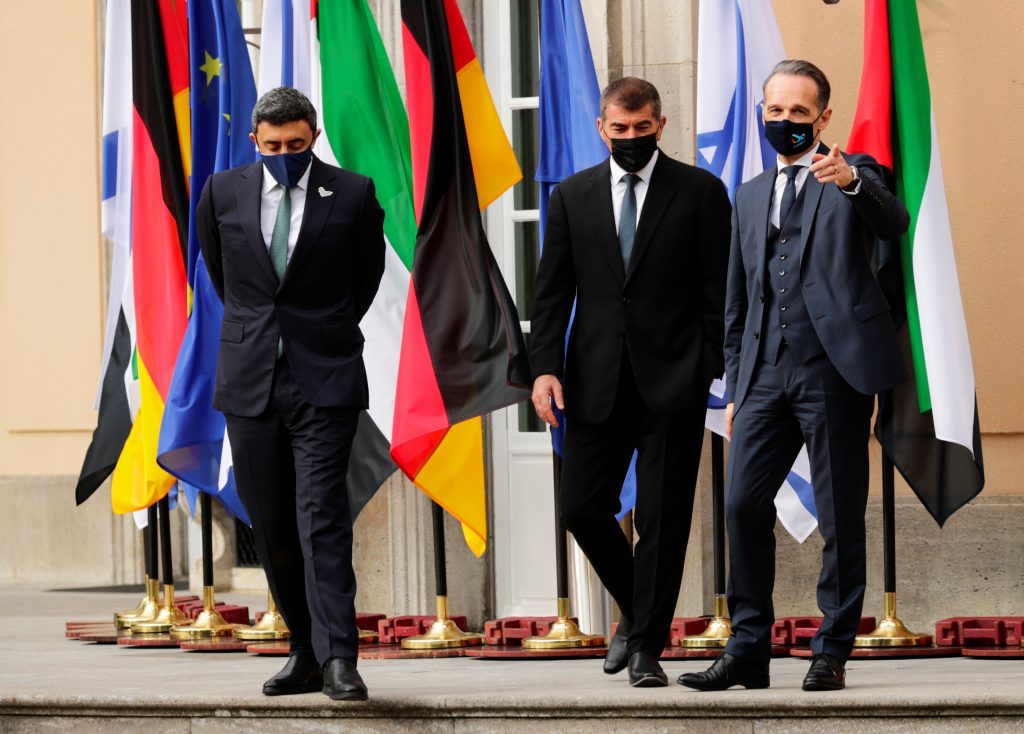 A U.S.-brokered establishment of full diplomatic relations between the Gulf power and Israel on Sept. 15 owed much to their shared concerns about Iran, though some in Israel worry the deal could herald sales of advanced U.S. weaponry to Abu Dhabi that were previously withheld.

Both sides have pointed to a sense of reconciliation and mutual tolerance as a driver of the deal – a message that UAE Foreign Minister Sheikh Abdullah bin Zayed al-Nahyan left at the Memorial to the Murdered Jews of Europe memorial in Berlin, which he visited with Israel‘s Foreign Minister Gabi Ashkenazi.

Writing in the visitors’ book in Arabic, he called the site “a witness to the fall of a group of human beings who were victims of advocates of extremism and hatred,” and he advocated “the noble human values of co-existence, tolerance, acceptance of others and respect of all religions and beliefs.”

Ashkenazi and his UAE counterpart were in Berlin to discuss a variety of issues in promoting relations, according to an Israeli Foreign Ministry spokesman.

The UAE dignitary’s visit to the memorial was in itself unusual: Many in the overwhelmingly Islamic Middle East feel geographically removed from the Holocaust, some deny it happened and others believe it was unfairly parlayed by foreign powers to create Israel in 1948 at the Palestinians’ expense.

In his own inscription, Ashkenazi – a former commander of Israel‘s armed forces – said his presence there alongside the Emirati and their host, German Foreign Minister Heiko Maas, “symbolizes a new era, an era of peace between the peoples.”

It was also a reminder of the need “to live strong and ensure that this will never recur,” Ashkenazi wrote in Hebrew.