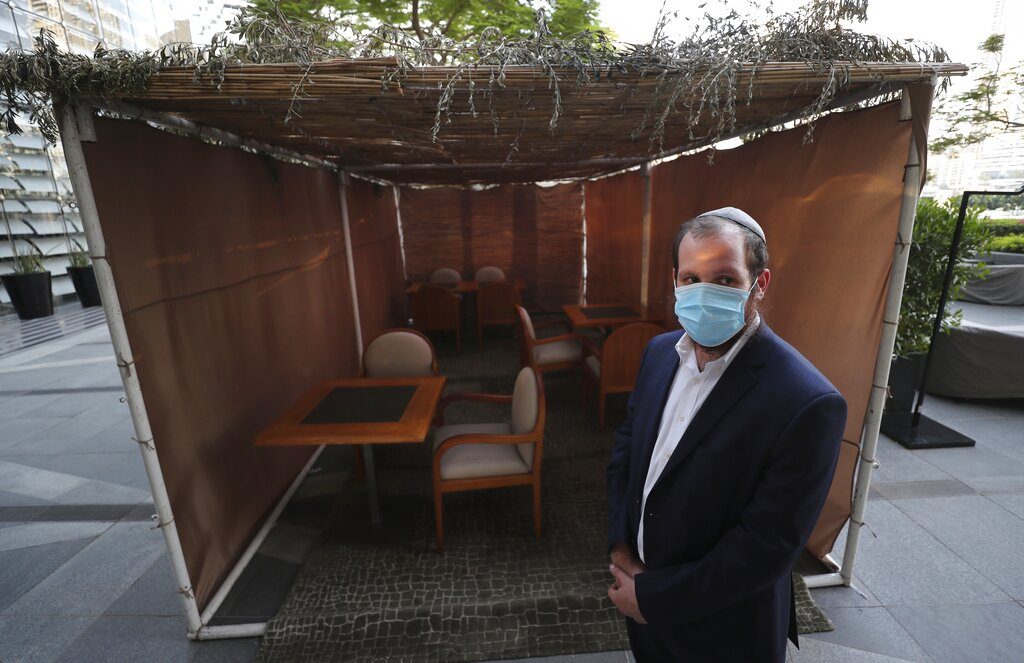 Visitors to the world’s tallest building, a tapering cylinder of aluminum and glass that has become emblematic of modern Dubai, may encounter an unlikely sight this week: a small, tent-like structure made of sticks, leaves and twine.

The significance is likely lost on most passersby, but for Dubai’s long-secret Jewish community, the public presence of a sukkah at the base of the iconic Burj Khalifa marks a new achievement.

The sukkah sprouted up last week outside the first kosher restaurant in the United Arab Emirates, following a U.S.-brokered deal to normalize relations between the UAE and Israel.

Rabbi Mendel Duchman, who supervises the restaurant’s kosher standards, told The Associated Press on Monday that Dubai’s Jewish community, which has worshiped for years at an unmarked villa in the city-state, “is being heard more than ever” after the deal.

The agreement, signed at a White House ceremony last month, reflects the changing politics of the Middle East, in which shared concerns about archenemy Iran have largely overtaken traditional Arab support for the Palestinians, who reject the deal as a betrayal.

The accord touched off a flurry of commercial activity. Companies in both countries are striking trade deals. Emirati hotels are launching kosher catering services to feed an expected influx of Israeli tourists and businessmen. On Monday, Dubai’s government announced the UAE and Israel are teaming up to host large-scale Israeli exhibitions and conferences in the emirates by the year’s end. The statement touted plans to develop business partnerships valued at $500 million a year.

The recently opened kosher restaurant at Burj Khalifa, Armani/Kaf, features upscale Mediterranean fare, sleek Asian decor, a wine list and view of Dubai’s dancing fountains. That may not evoke Jewish kitchens or old-fashioned delis, but the cooking is overseen by a rabbi to comply with the myriad kosher rules.

The outreach could have limits — the sukkah remains sequestered in a courtyard at the back of the hotel. But Duchman, the rabbi, said the congregation is receiving “lots more positive attention.”
“We just have more people telling us ‘shalom’ instead of ‘hi,'” he said.