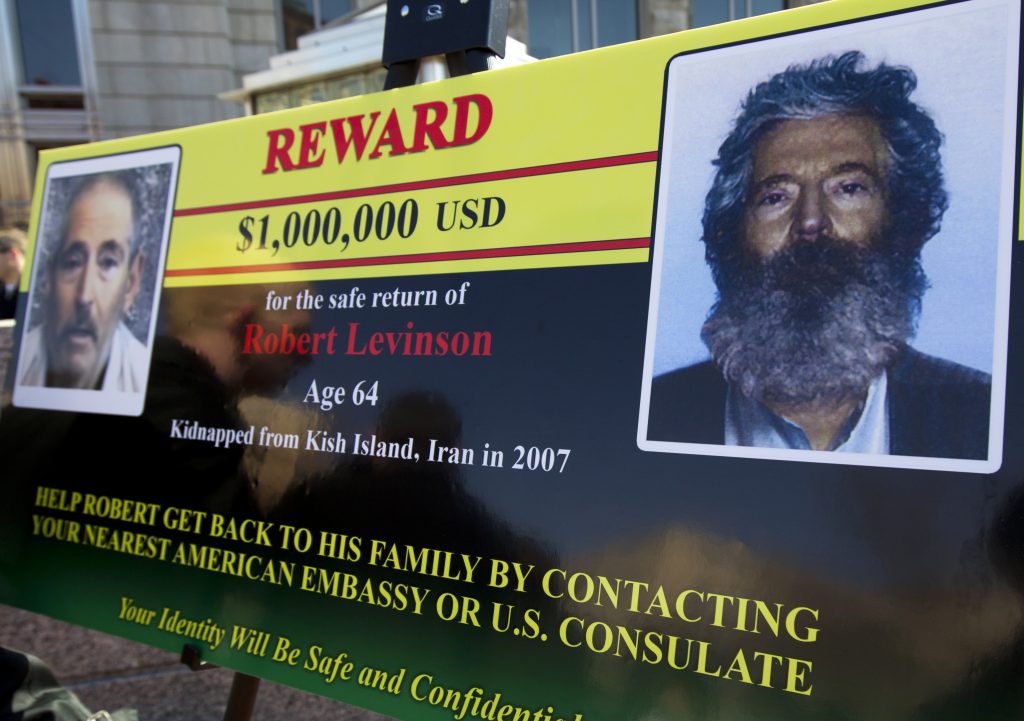 A U.S. court has ordered the government of Iran to pay more than $1.4 billion in punitive and compensatory damages to the family of a former FBI agent who disappeared during a visit to an Iranian island in March 2007.

In a statement, Levinson’s family welcomed the judge’s ruling.

“This judgment is the first step in the pursuit of justice for Robert Levinson, an American patriot who was kidnapped and subjected to unimaginable suffering for more than 13 years,” Levinson’s family said.

“Until now, Iran has faced no consequences for its actions. Judge Kelly’s decision won’t bring Bob home, but we hope that it will serve as a warning against further hostage taking by Iran,” the family said, adding: “We intend to find any and every avenue, and pursue all options, to seek justice for Robert Levinson.”

A spokesman for Iran‘s mission to the United Nations did not immediately respond to a request for comment.

Earlier this year, Levinson’s family said they believed he died in Iranian custody, based on information from U.S. officials. Iran denied that and said the former FBI agent had left the country “years ago.”

Levinson disappeared after flying from Dubai to Iran-controlled Kish Island in the Gulf in March 2007. There he met with Daoud Salahuddin, an American Islamic militant who fled to Iran while facing charges in the murder of an Iranian embassy official based in Washington.

Months after he disappeared, U.S. government sources acknowledged that before his trip, Levinson had maintained an unorthodox contractual relationship with the analytical branch of the CIA.

A handful of CIA officials were forced out of the agency and several more were disciplined after an internal investigation.