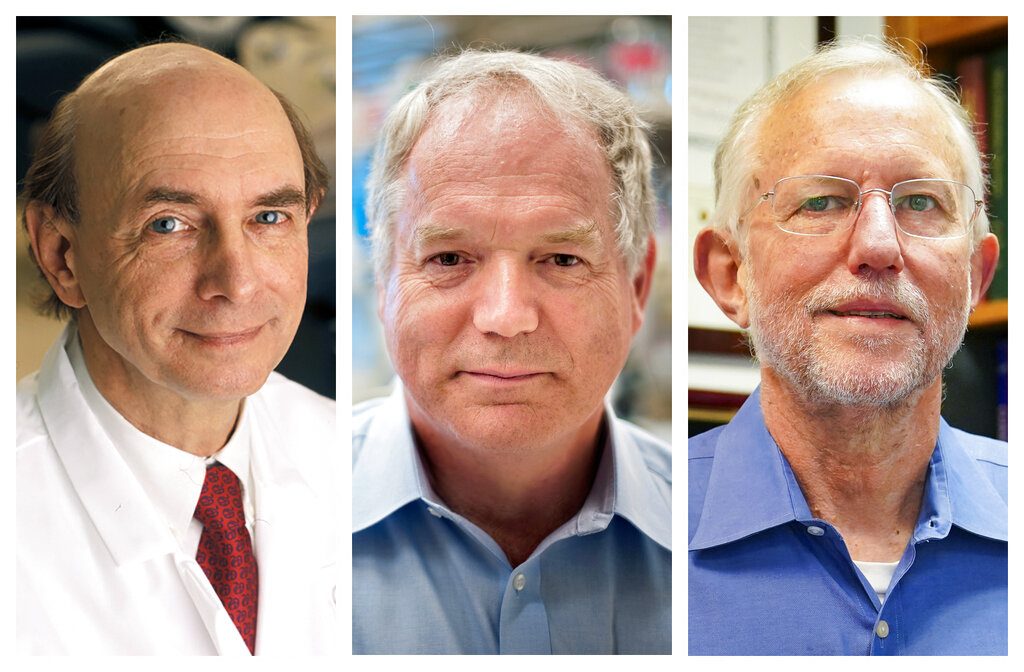 Three scientists won the Nobel Prize in medicine Monday for discovering the liver-ravaging hepatitis C virus, a breakthrough that led to cures for the deadly disease and tests to keep the scourge out of the blood supply.

Americans Harvey J. Alter and Charles M. Rice and British-born scientist Michael Houghton were honored for their work over several decades on an illness that still plagues more than 70 million worldwide and kills over 400,000 each year.

Alter, one of America’s most esteemed virologists, is Jewish.

“For the first time in history, the disease can now be cured, raising hopes of eradicating hepatitis C virus from the world,” the Nobel Committee said in announcing the prize in Stockholm.

Scientists had long known of the hepatitis A and B viruses, spread largely through contaminated food or water and blood, respectively, but were “toiling in the wilderness” to try to explain many other cases of liver disease until the blood-borne hepatitis C virus was identified in 1989, said Dr. Raymond Chung, liver disease chief at Massachusetts General Hospital.

Now, it’s the only chronic viral infection that can be cured in almost all cases within a few months, using one of roughly half a dozen drugs, Chung said. Without such treatment, the virus can lead to permanent scarring of the liver, liver cancer or the need for a transplant.

Dr. Jesse Goodman, a former blood safety expert at the U.S. Food and Drug Administration now at Georgetown University, said that before testing was available, about 1 in 10 blood transfusions carried the risk of passing the virus.

Alter first discovered that blood from patients who did not have hepatitis B could still cause liver inflammation and disease, but for years the cause was unknown. A breakthrough came in 1989, when Houghton and others at Chiron cloned the virus, making its genetic identity known and allowing further research on it, said Nobel Committee member Gunilla Karlsson-Hedestam.

Later, Rice developed lab tools and methods that confirmed the hepatitis C virus could cause liver disease in chimpanzees and humans, directly contributing knowledge that led to tests and treatments.

“We have not seen any more cases since 1997” of hepatitis from a transfusion, Alter said. “Currently we can cure virtually anybody who’s identified. With that, it’s possible to maybe even eradicate this disease over the next decade,” as the World Health Organization hopes to do.

Alter and Rice are now working on coronavirus research, while Houghton is trying to develop a hepatitis C vaccine. Houghton said manufacturing delays have been a problem but he expects clinical trials to begin next year in many countries, including the U.S., Germany and Italy.

John McLauchlan, a professor of viral hepatitis at the University of Glasgow, said the three laureates’ discovery has made the global elimination of the disease possible — “the first time we might possibly control a viral infection using only drugs.”