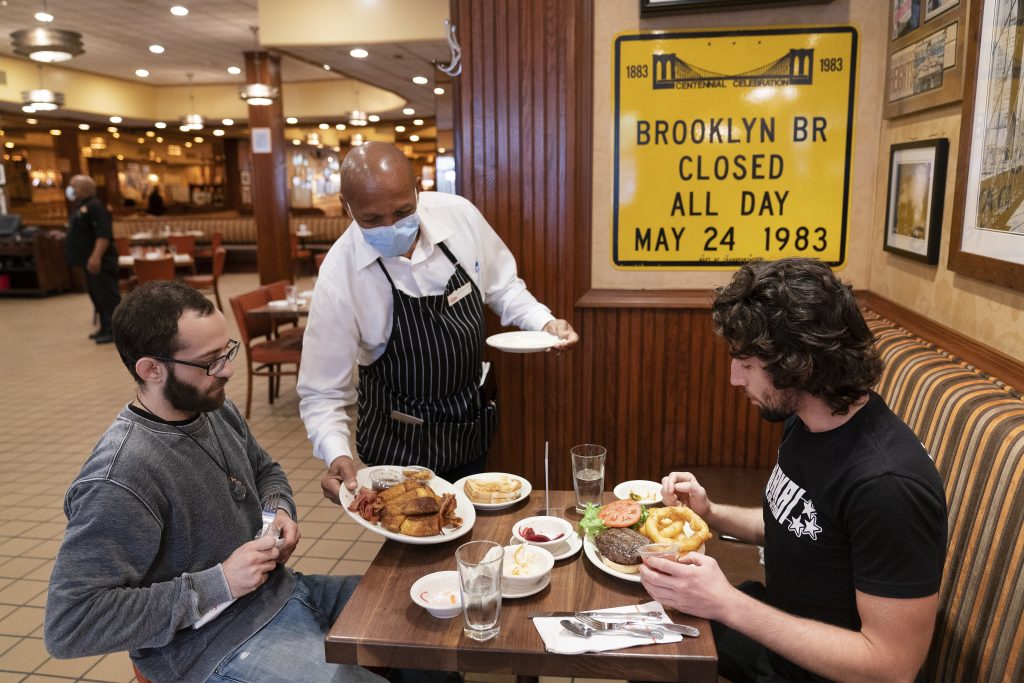 New York City’s restaurants are employing only slightly more than half the number of people they were before the coronavirus wreaked havoc in the industry, according to a report released Thursday by the state comptroller.

There were more than 315,000 people employed in the city restaurant sector in February, which dropped dramatically to 91,000 in April at the height of the virus surge and business restrictions, according to Comptroller Thomas DiNapoli.

The report found that as of the first week of September, 43% of restaurants and bars across the city had sought permits for outdoor dining. In Manhattan, 50% of establishments had gotten the permits, as did more than 40% of places in Brooklyn and Queens.

According to a recent survey from the New York State Restaurant Association (NYSRA), without a comprehensive relief package specifically for restaurants, 63.6% of New York restaurants said they are likely to close by the end of the year . A
total of 1,042 restaurateurs from across the state responded to the survey.

Their responses painted a grim picture for the industry. “It is painfully clear that without financial assistance, the restaurant industry in New York State could collapse,” said Melissa Fleischut, President & CEO of NYSRA.