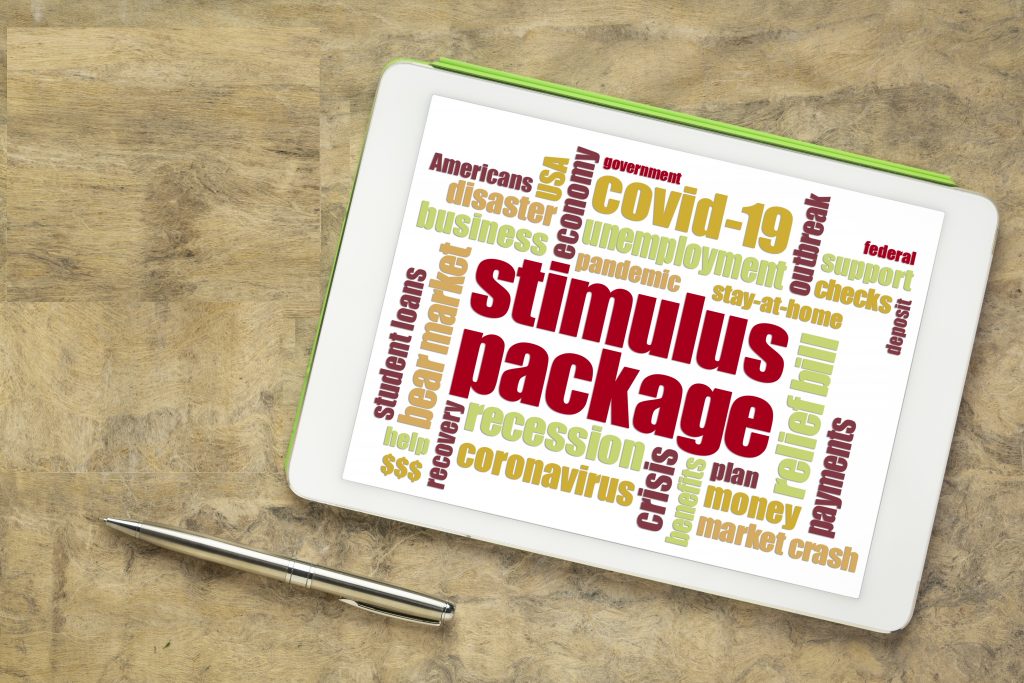 Speaker Nancy Pelosi said Thursday morning that she is still hoping for a bipartisan deal with Treasury Secretary Steven Mnuchin on a COVID-19 aid package, while noting several areas where the two sides remain far apart.

The divisions include state and local aid; Democrats’ ask to expand earned income and child tax credits and curtail tax cuts for business owners; and Republicans’ demand for liability protections. The overall funding levels for health care are in good shape but there’s still significant divisions on policy prescriptions that go with the funding.

Pelosi said the tax items in play reflect the divisions separating GOP and Democratic negotiators. Democrats have proposed a roughly $50 billion expansion of refundable credits for lower-income households, while they’d rescind $150 billion in tax deductions for business losses enacted in the March aid package. Republicans have so far resisted both suggestions.

The Democrats would raise taxes by restoring limits on deductions for owners of “pass-through” businesses such as partnerships and subchapter S corporations, who pay tax on their individual returns.

Another disputed provision affects net operating losses: the March law enabled firms to “carry back” losses arising in 2018, 2019 or 2020 in order to claim refunds on taxes paid in up to five prior years. Democrats want to limit that break to losses this year and last year, and only allow carrybacks to tax years starting in 2018, when corporate taxes dropped under the GOP tax law enacted the prior year.

Democrats’ earned income tax credit provisions would, among other things, nearly triple the maximum credit for childless workers in 2020, to almost $1,500 and expand the pool of eligible recipients. The left-leaning Center on Budget and Policy Priorities says the provision would benefit about 15.4 million individuals, reducing the number of them “taxed into poverty” by 96 percent.

The child tax credit provisions would boost the maximum amount a lower-income household can claim, from up to $1,400 to the full $2,000 per child under age 17 that households currently earning up to $400,000 benefit from. Lower income families currently can only receive the smaller amount because they don’t have enough tax liability to soak up the presently nonrefundable credit.

“Where we ended yesterday was my concern about no money for the refundability, which is a very important part of our legislation,” Pelosi said. “They seem pretty wedded to their tax cut for the high end. I hope they’d be wedded to a tax credit for low-income children and families.”

Republicans typically oppose expansions of refundable tax credits, since they operate more like direct government aid to those who don’t pay much income tax; though in many cases these households are subject to substantial payroll taxes.

Senate Finance Chairman Charles E. Grassley said Thursday that the refundable tax credit proposals “are not connected to the pandemic” and that Democrats have been pushing them for years. “The Democrats have been trying to use that for leverage for a long period of time,” the Iowa Republican said. “And they’re taking advantage of the pandemic.”

Pelosi also said negotiators remain “far apart” on state and local aid: Democrats have proposed $436 billion, while Mnuchin floated a $250 billion figure in a Wednesday meeting with the speaker. Senate Republicans have been firm about not wanting to “bail out” Democratic-led states and cities, so it’s unclear how much wiggle room Mnuchin has there.

Some Republicans have already criticized aspects of Mnuchin’s proposal, including his offer of a $400 weekly unemployment insurance add-on through the end of the year. House Ways and Means ranking member Kevin Brady, R-Texas, told Fox News on Thursday he was concerned about “wasteful spending” in any emerging deal.

Pelosi said there was more common ground on health care funding provisions, though there were still sticking points around specific policy language.

She also said they were still discussing how to treat small-business aid in terms of how it would be parceled out through the Small Business Administration’s Paycheck Protection Program offering forgivable loans or through direct grants from the Treasury. Democrats have proposed direct grants for restaurants and live entertainment operators, for example.

While bipartisan negotiations will continue, Pelosi said she’s “hoping” the House will vote on Democrats’ own $2.2 trillion aid plan later on Thursday. “It’s really important for people to see that we completely identify with the concerns that they have and how we have allocated the resources necessary to get the job done,” she said.

Pelosi may not be able to count on much if any GOP support for her bill, however, which limits her own negotiating room. Beyond perhaps Rep. Peter T. King, R-N.Y., who voted for the Democrats’ larger $3.4 trillion package in May, moderate and vulnerable Republicans are united against the $2.2 trillion version, a source familiar with conference thinking told CQ Roll Call.