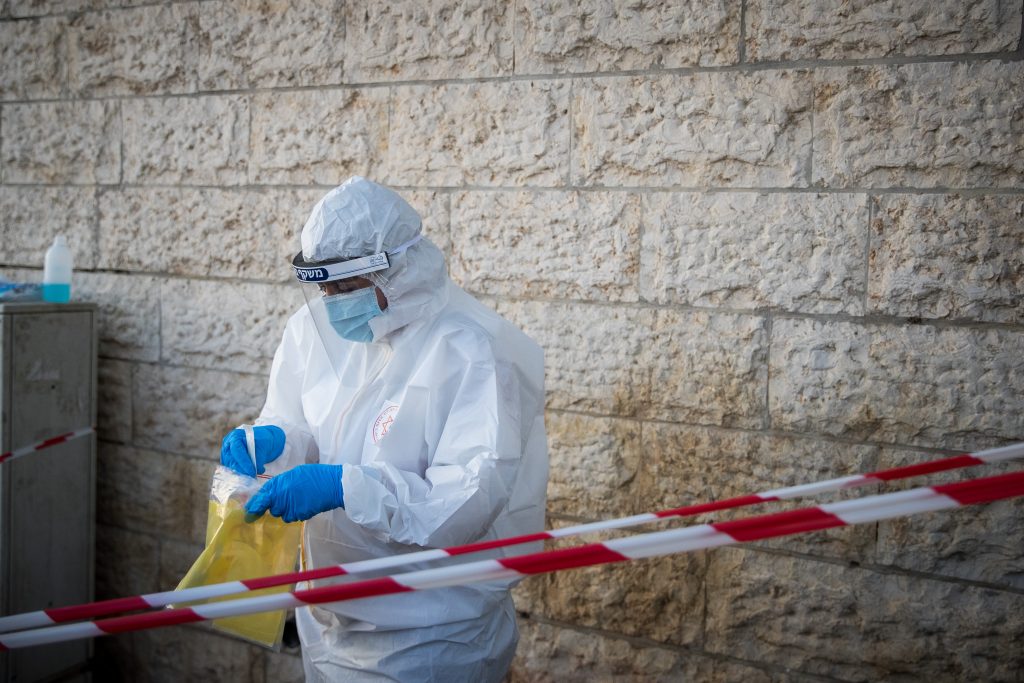 The Health Ministry announced on Thursday morning that a record-high nearly 9,000 new coronavirus cases were diagnosed in the last day, as infections continued to climb and worries mounted of hospitals being overwhelmed by the surge.

According to the ministry, 8,919 new cases were recorded, raising the number of infections since the pandemic began to 248,133. The figure almost doubled over the past month, when only 116,882 virus carries had been confirmed since the beginning of September.

The previous high of 8,385 cases in a single day was notched last Friday, but the last several days saw infection numbers drop to just several thousand as testing levels fell off due to Shabbos and Yom Kippur.

The Health Ministry said 65,694 tests were performed Wednesday, which was also a record high. The ministry said 13.6% of tests came back positive.

Forty-three deaths had been announced over the previous 24 hours, bringing the toll since the start of the pandemic to 1,571.

The number of patients in serious condition stood at 810, with 206 on ventilators. The numbers were slightly lower than on Wednesday, which saw serious cases rise to over 830 for the first time.

Officials have warned that hospitals will begin to be overwhelmed once the number of serious patients rises above 800.

Prime Minister Binyamin Netanyahu told health officials on Wednesday to prepare a plan for 5,000 seriously ill patients by next week.

Heads of internal medicine departments at Israeli medical centers warned Wednesday that overcrowding and staff shortages meant they were having difficulty treating patients suffering from other illnesses.