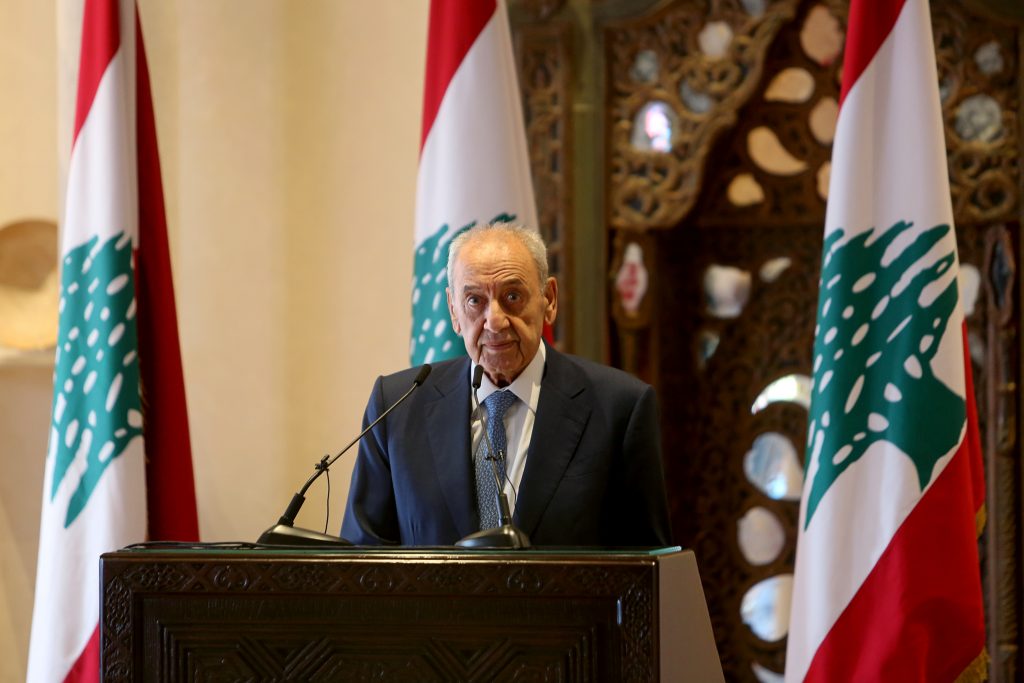 Lebanon and Israel have agreed to a framework for U.S.-mediated talks aimed at ending a long-running dispute over a border that has been the frontline of several conflicts.

Lebanon and Israel, still in a formal state of war, have contested their land and maritime borders for decades, including an area on the edge of three Lebanese energy blocks. Washington has been mediating in efforts to bring the two sides to the table.

Lebanese Parliament Speaker Nabih Berri said the framework for talks had been agreed after U.S. sanctions were imposed on his right-hand man for corruption and financially enabling Hezbollah, the heavily armed group, Iran-backed. Washington deems the Shiite Muslim group a terrorist organization.

“This is a framework agreement, and not a final one,” Berri told a news conference, saying discussions would be held under the auspices of the United Nations in a base near the U.N.-monitored boundary with Israel, known as the Blue Line.

He said the United States would push for an agreement as soon as possible, but told reporters the agreement on a framework was reached prior to Washington’s move to impose sanctions on his aide, Ali Hassan Khalil.

Lebanon’s change of tack has come when the country is facing a crippling crisis as its economy has been crushed under a mountain of debt. The crisis was compounded by a massive port explosion that ruined a swath of Beirut on Aug. 4.