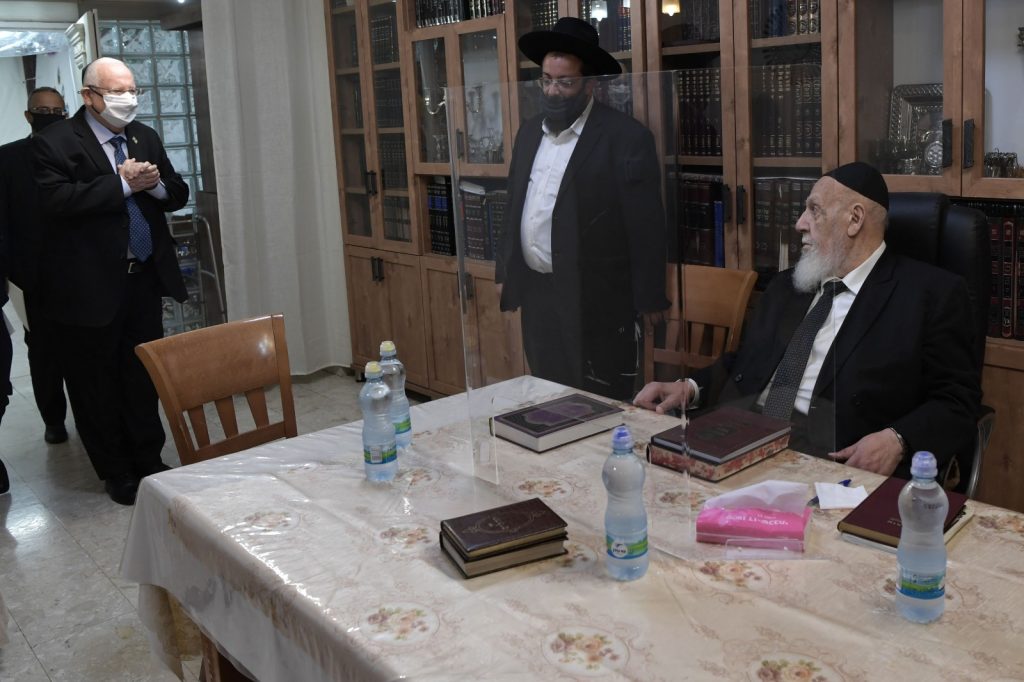 The Knesset approved on Thursday night new regulations in the coronavirus lockdown, including limits on protest demonstrations and religious activities through Sukkos until the lockdown is eased.

The Constitution, Law and Justice Committee voted in favor of the cabinet proposal for capping political gatherings at 20 people within a kilometer of their homes.

In a parallel measure, it imposed a closure on shuls, while permitting up to 20

Both restrictions were set to go into effect as of midnight Thursday, less than 24 hours before the beginning of Sukkos.

People will not be allowed to visit each others’ sukkahs, according to media reports. Those who do so will be liable to a fine of 500 shekels, though police have said they will not be making sukkah-to-sukkah inspections.

However, a question arose as to whether a “half-open” sukkah would qualify as an open space, which would allow for gatherings up to 20.

Constitution Committee ruled that “half open” is good enough, brushing aside a warning on Thursday from The Association of Public Health Physicians that this koolah (leniency) would endanger public health, as they would lead to larger groups.

In what was described by the president’s office as “an emergency visit” Rabbi Cohen’s home, the two issued a joint public call to fight the coronavirus “on the basis of mutual responsibility and total abjuration of incitement.”

The president thanked the rabbi for his work in the chareidi community to maintain public health and to follow the directions of the Ministry of Health, noting that his work was genuinely life-saving.

“In our Jewish and democratic state, maintaining Judaism is life itself for us. The directions are pikuach nefesh – the biblical obligation to save lives – and not, G-d forbid, an attempt to force anyone to act against their beliefs. G-d forbid that because of this terrible disease there will be baseless hatred. We pray that the Holy One, blessed be He, takes this disease and baseless hatred from us,” Rivlin said.

Rabbi Cohen told the president he feels responsibility and love for all Israelis, of all ethnicities, and that he blesses all Israel at every moment with love. He wished the president, and through him all Israel, a Chag Sameach and expressed his wishes that we would all act as it is written ‘You shall celebrate your chagim…and surely rejoice!’ (Devarim 16:14-15)