Israel Black Flag Protest to Spread Out Around Country
Israel 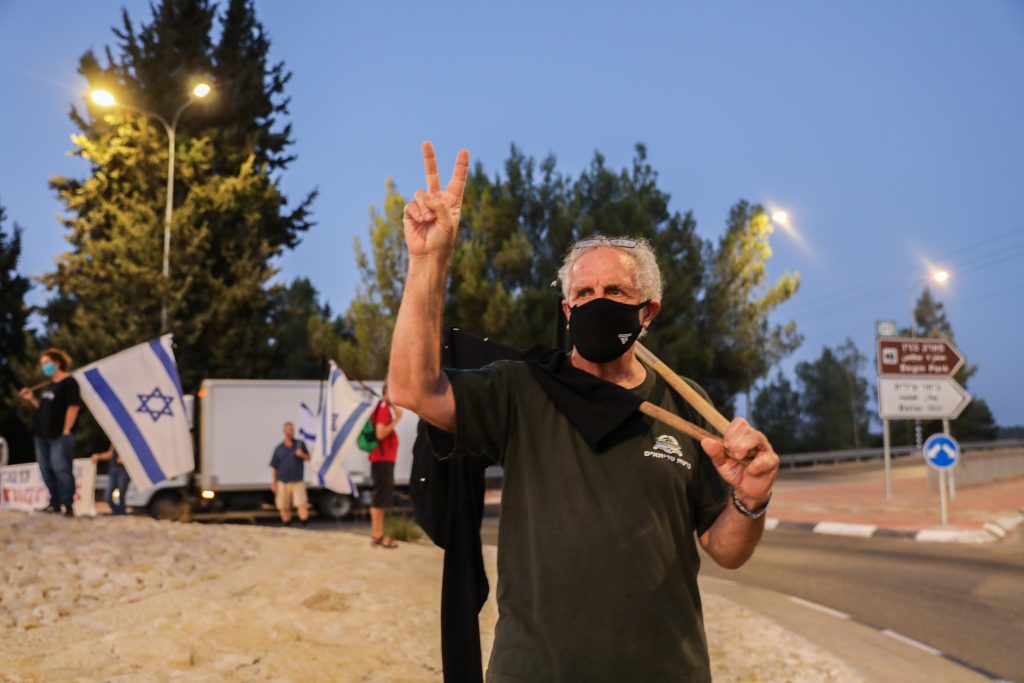 The Black Flag anti-Netanyahu protest group said on Thursday they are organizing some 2,500 small demonstrations around the country in compliance with coronavirus lockdown orders.

Until now, the protesters have held regular demonstrations numbering up to 20,000 outside Israeli Prime Minister Binyamin Netanyahu‏‏’s official residence in Yerushalayim.

Officials said that protests outside the Prime Minister’s Residence would be kept to 2,000 total, with the Paris Square protest zone able to accommodate 100 capsules, or pods, of 20 people. Only those who live within a kilometer would be able to attend, according to The Times of Israel.

The organizers said they will gather within the permitted kilometer of their homes, wear masks and maintain social distancing protocols.

A map issued to publicize the campaign marked off hundreds of locations around the country for the so-called “neighborhood protests” at 6 p.m. on Thursday, including gatherings outside the homes of ministers and coalition members, as well as overpasses and intersections within the permitted kilometer of residences.

The Movement for Quality Government petitioned the High Court on Wednesday to intervene to prevent the new Knesset measure to limit demonstrations, but judges gave the government a week to respond to the petition before deciding the case.