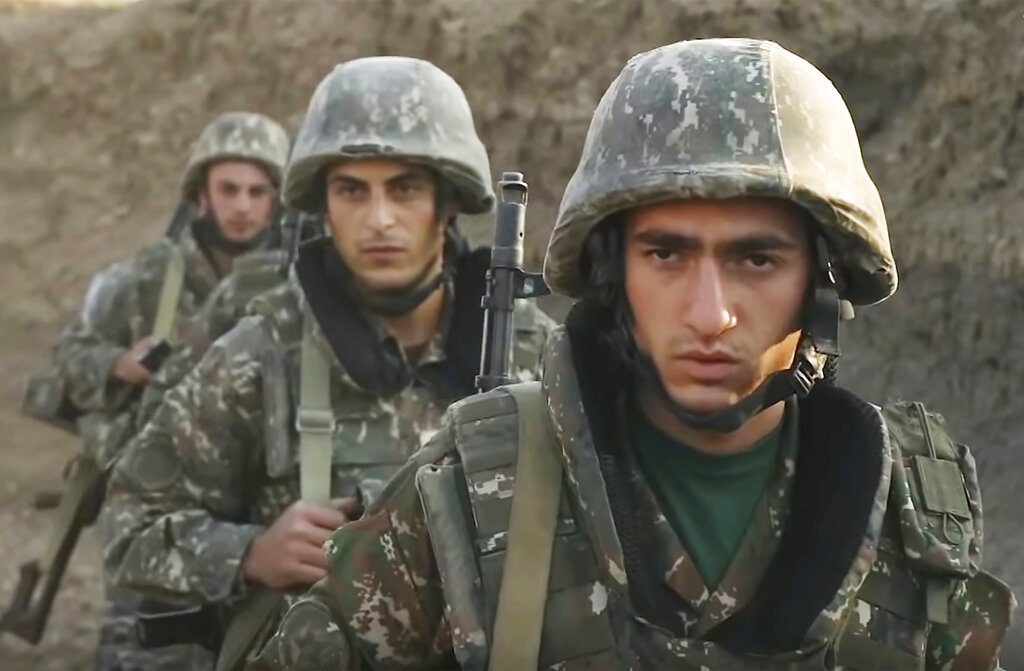 Heavy fighting between Armenian and Azerbaijani forces over the separatist region of Nagorno-Karabakh continued for a fourth straight day on Wednesday, with statements from both sides indicating that the flare-up of a decades-old conflict that has killed dozens of people since Sunday was no closer to an end.

The president of Azerbaijan said Armenia’s withdrawal from Nagorno-Karabakh was the sole condition to end fighting over the separatist territory. Armenian officials alleged Turkey’s involvement in the renewed conflict and said its neighbor’s actions “hinder the efforts of the international community to cease the hostilities.”

Meeting with wounded servicemen, Azerbaijani President Ilkham Aliyev said Armenia must “unconditionally, completely and immediately leave” Nagorno-Karabakh, which lies within Azerbaijan and has been under the control of ethnic Armenian forces backed by the Armenian government since 1994.

“If Armenia’s government fulfills it, the fighting will stop, blood will not be shed, there will be peace,” Aliyev was quoted by the Russian state Tass news agency as saying. “Azerbaijan is restoring its territorial integrity, and we have every right to do so.”

The scenario laid out by the Azerbaijani leader is at odds with Armenia’s views on ending the crisis. Aliyev’s statement came a day after Armenian Prime Minister Nikol Pashinyan said that Azerbaijan’s “aggression towards Nagorno-Karabakh and Armenia” needed to end before any compromise could be reached.

On Wednesday, Pashinyan also said that Armenia may recognize Nagorno-Karabakh as independent, a move that could further interfere with a potential settlement of the dispute.

Armenia and Azerbaijan have been locked for decades in a conflict over Nagorno-Karabakh, where a separatist war was fought in the early 1990s until three years after the breakup of the Soviet Union. The region in the Caucasus Mountains of about 4,400 square kilometers (1,700 square miles), roughly the size of the U.S. state of Delaware, is 50 kilometers (30 miles) from the Armenian border.

Soldiers backed by Armenia occupy the region as well as some Azerbaijani territory outside of it.

On Wednesday, the fighting continued despite repeated calls for a cease-fire from around the globe. According to officials in Nagorno-Karabakh, around 100 servicemen and several civilians on their side have been killed since the fighting erupted on Sunday. Azerbaijani officials didn’t provide details on its military casualties but said 14 civilians have been killed and 46 wounded on its side.

The conflict escalated on Tuesday, with Armenia claiming that a Turkish F-16 fighter jet shot down a SU-25 from its air force in Armenian airspace, killing the pilot.

Turkey, which has been vocal about siding with Azerbaijan in the dispute, denied those claims, and so did Azerbaijan.