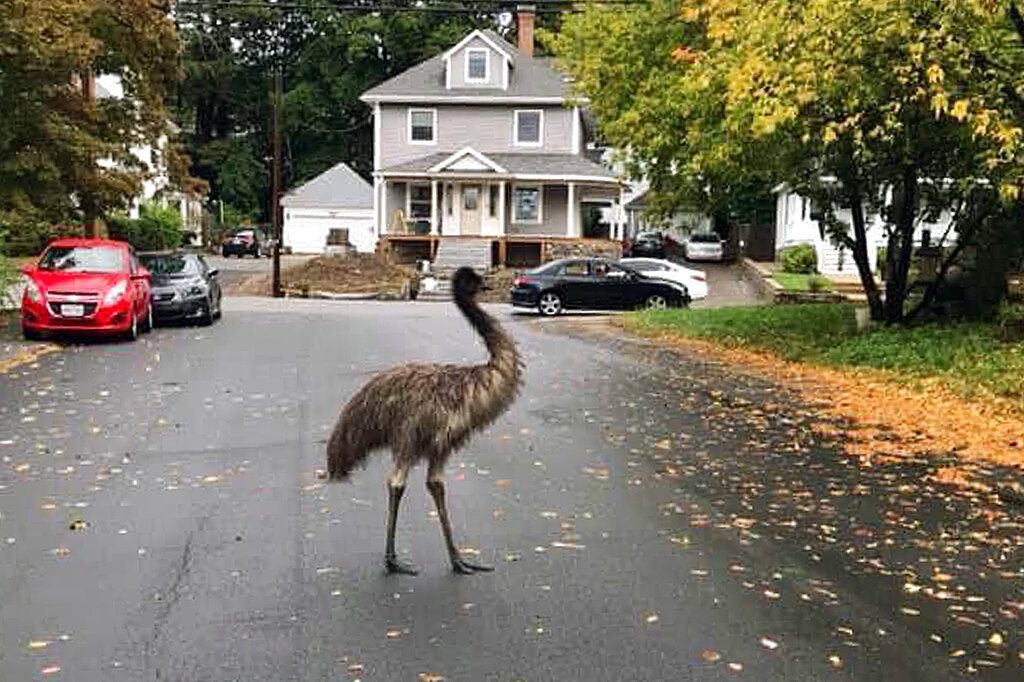 An emu that was spotted roaming the streets of a city near Boston was corralled by authorities in Massachusetts.

The emu was reported Wednesday morning in Haverhill, about 35 miles north of Boston, and was captured two hours later.

The Eagle-Tribune reported that the emu named Kermit, escaped from the property of a local resident who cares for unwanted animals. The resident had been preparing to transport Kermit to a farm in Maine when it fled.

Authorities say the bird was captured safely after it was given a pear from a nearby tree.

Native to Australia, emus are the largest living bird after the ostrich and can reach up to nearly 100 pounds and a height of almost six feet. They run fast and can become aggressive.