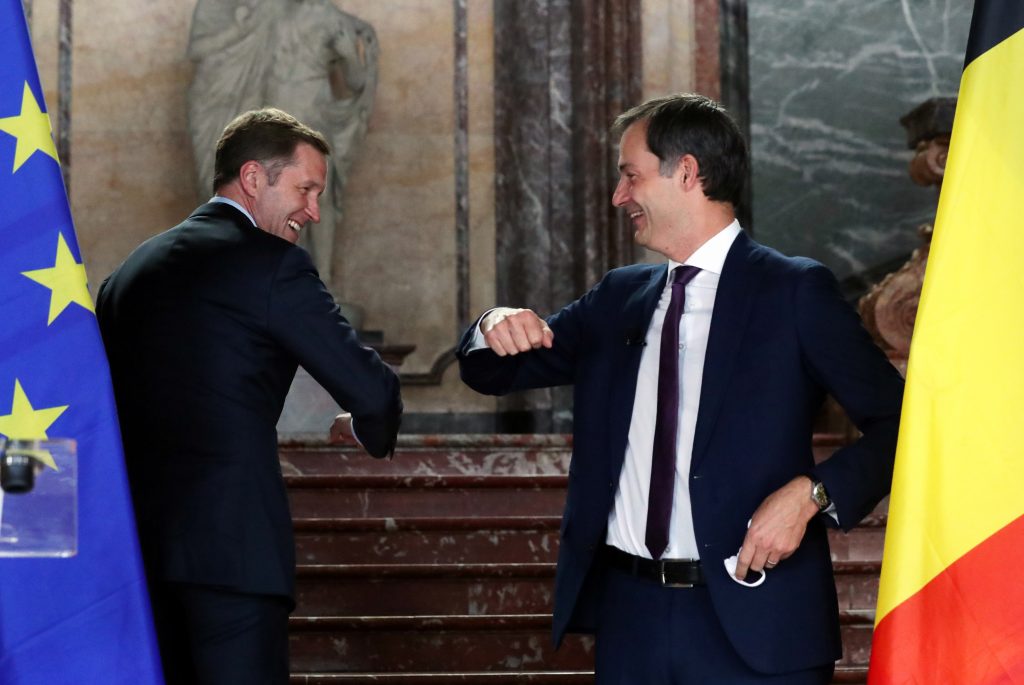 Almost 500 days after Belgian parliamentary elections, seven parties from both sides of the linguistic aisle agreed early Wednesday on forming a fully functioning majority government that will center on dealing with the pandemic and its devastating economic impact.

“Everything points into that direction,” an official close to Wilmes said on condition of anonymity since the announcement wasn’t official yet.

A final negotiating session that lasted almost 24 hours found agreement on a common budget and had only one issue left to decide: who would succeed Sophie Wilmes as prime minister. The seven parties consist of Liberals, Socialists and Greens, divided into separate linguistic entities, and the Dutch-speaking Christian Democrats.

“The big political hurdles are behind us and I am happy we were able to forge a program with seven partners,” said Christian Democrat negotiator Servais Verherstraeten.

Led by De Croo and francophone Socialist Paul Magnette, the parties found money to fund new initiatives like a higher minimum pension and improved public services, while hoping to contain the budgetary hemorrhaging caused by the coronavirus pandemic.

Despite his age, the 44-year-old De Croo is already a veteran in Belgian politics and was vice premier in the outgoing government. He held the offices of pensions, development aid and finance over the past decade. He would be the first Dutch-speaking prime minister in nine years.

Since the May 26, 2019 elections, Belgium has been led by a caretaker government, and, for the past half year, by a minority coalition with widespread support from the opposition to deal with the pandemic, the last one led by francophone Liberal Wilmes.

The government formation has been so difficult since then — beyond the linguistic strife that is a given in Belgian politics — the 2019 elections saw major advances by the far right in northern Dutch-speaking Flanders, and by the far left in southern francophone Wallonia.

It made compromise politics, an essential element of Belgian politics, even harder.

Because the plenary room in the Belgian parliament is too small to ensure social distancing between the 150 members of the House, the legislature will move to the vast rooms of the nearby European Parliament later this week for approval of the government and a first debate on its program.

Belgium has not had a fully functioning majority government since Dec. 18, 2018, when then-Prime Minister Charles Michel submitted his resignation after the biggest coalition party quit over his support for a United Nations program on international migration.