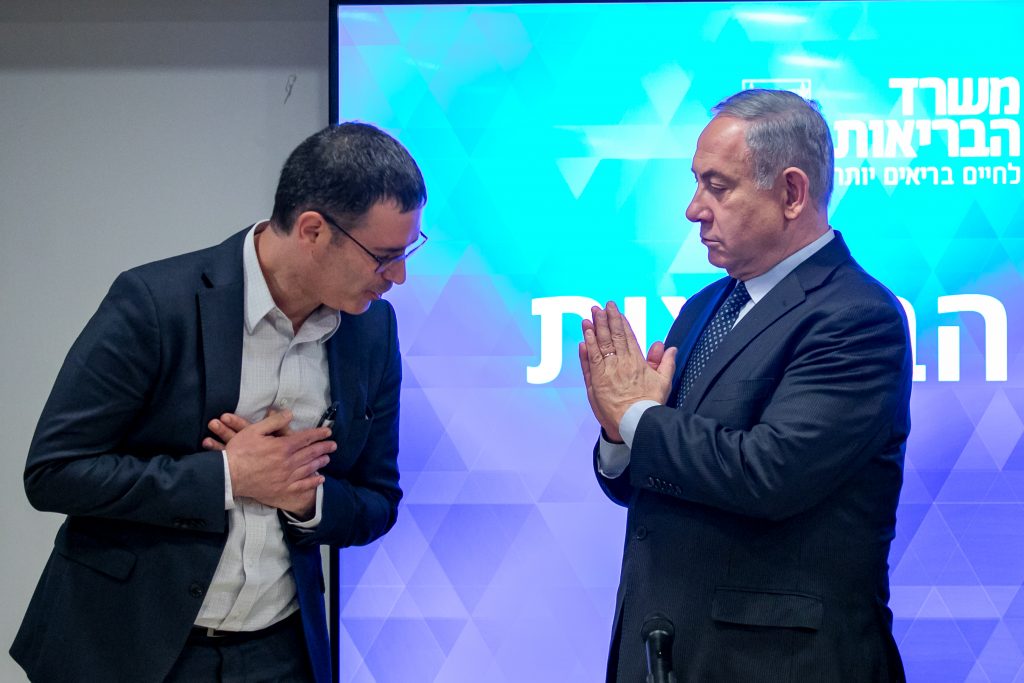 Former Director General of the Health Ministry Moshe Bar Siman-Tov has recently received an offer from Prime Minister Binyamin Netanyahu to return to a senior position in the government’s “operations room,” in charge of battling coronavirus, Yediot Acharonot reported Wednesday.

Bar Siman-Tov was in charge of the Health Ministry when the coronavirus first broke out in Israel and oversaw the first nationwide lockdown, which managed to bring down the number of new daily cases to single digits. He quit over his alleged demands to apply draconian restrictions to contain the outbreak.

“Government officials consult with me from time to time and I tell them my opinion regarding the situation, but no concrete proposal has been made,” Bar Siman-Tov said in response to the report.

The offer comes amid a deteriorating relationship between Netanyahu with the current coronavirus commissioner, Prof. Ronni Gamzu, who is expected to leave his post at the end of October.

It should be noted that Bar Siman-Tov had already received several offers from the private sector, but sources said he is very seriously considering taking up a governmental position due to the severity of the current outbreak.