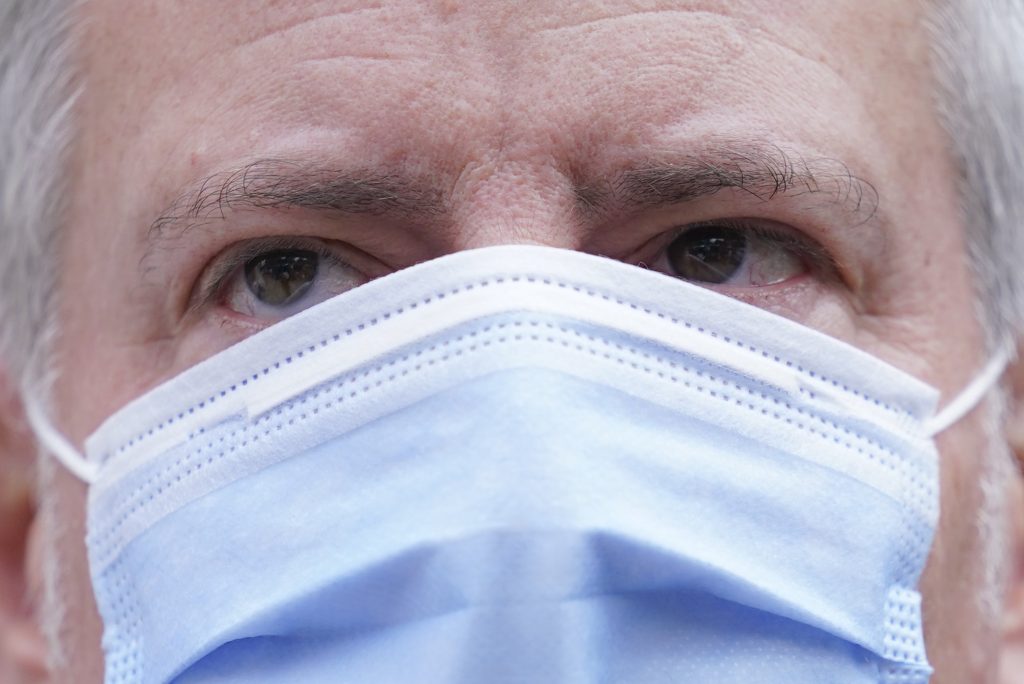 No one was fined for mask refusal on the first day of a promised crackdown in a handful of New York City neighborhoods that have seen a spike in coronavirus infections, Mayor Bill de Blasio said Wednesday.

City employees distributed thousands of masks in the Brooklyn and Queens neighborhoods with rising infection rates on Tuesday, the first day that fines for refusing to wear a mask were threatened, de Blasio said.

“We saw good compliance,” de Blasio said. “When folks were encountered, when there was a discussion, we saw a very high level of compliance. No summonses were necessary yesterday.”

Many of the neighborhoods in New York City and elsewhere in the state where rising rates of positive coronavirus tests have been reported are Orthodox Jewish strongholds, and both de Blasio and Gov. Andrew Cuomo have said they are meeting with leaders of those communities to stress the importance of complying with coronavirus guidelines.

But Cuomo appeared to disparage New York City’s effort to contain the virus by distributing masks in the neighborhoods where cases are rising.

The mayor and governor, both Democrats, have had a testy relationship for years and have frequently sniped at each other during the pandemic.

New York City reached a recovery milestone on Wednesday, meanwhile, as indoor restaurant dining was permitted for the first time since March, albeit with restrictions including a limit of 25% of capacity and mandatory temperature checks.

De Blasio said restaurant inspectors would focus on eateries in the neighborhoods where the infection rates have risen.

“There’s going to be a very rigorous inspection effort in those ZIP codes,” de Blasio said. “And we’re going to be looking carefully to make sure every restaurant is following the rules.”