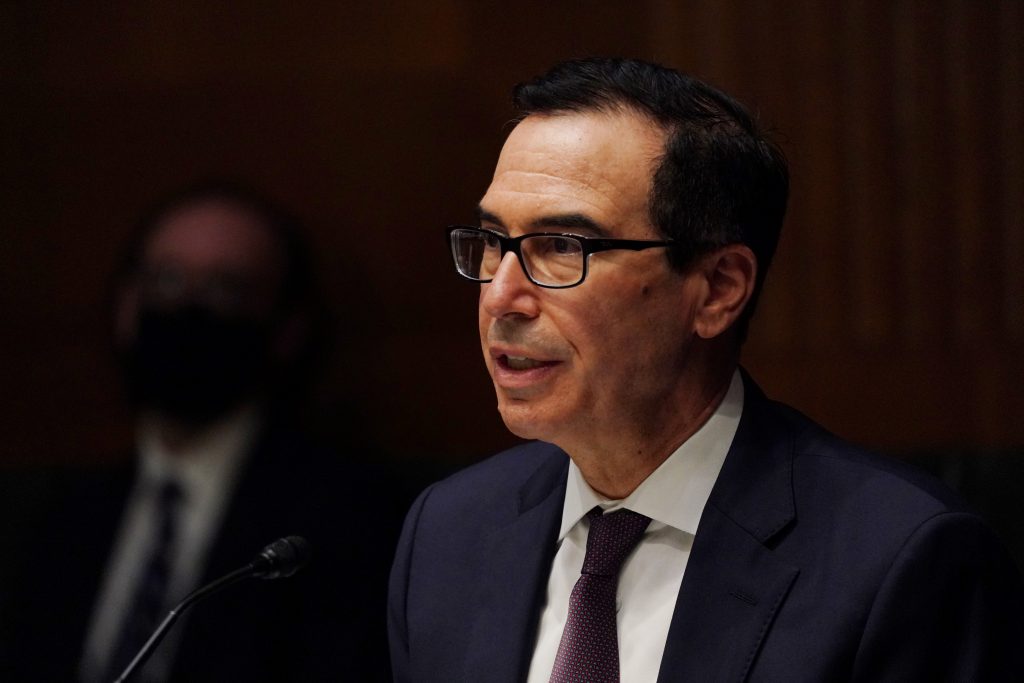 House of Representative Speaker Nancy Pelosi and Treasury Secretary Steven Mnuchin met on Wednesday in a bid to broker a bipartisan deal on stalled COVID-19 relief legislation ahead of the Nov. 3 election.

As the House stood poised to vote on a new $2.2 trillion Democratic coronavirus bill, Mnuchin arrived in the U.S. Capitol with pressure mounting on both sides for an agreement to deliver aid to millions of Americans and businesses reeling from a U.S. coronavirus pandemic that has infected more than 7.2 million people and killed over 206,000.

Hours before the meeting, Mnuchin said he thought that he and Pelosi could “reach a reasonable compromise” in the next day or two. “We’re both making a good faith effort to try to get this done. And I think we want to figure out whether we can get it done, and if not, move on,” the Treasury secretary told a CNBC investor conference.

In an interview with MSNBC, Pelosi said: “I’m hopeful. We’ll just see what they come back with today and how our negotiations go next.”

But Senate Majority Leader Mitch McConnell, who has not participated directly in coronavirus relief discussions, told reporters that Republicans and Democrats were still “very, very far apart” on how much to spend.

Pelosi and Mnuchin spoke for about 50 minutes on Tuesday.

House Democratic Conference Chairman Hakeem Jeffries told reporters that a vote on the legislation was expected later on Wednesday but would not reflect on the success of the talks.

“That is our current expectation,” said Jeffries, adding that the bill would show the Democratic caucus’ “vision on what’s right legislatively at this moment.”

Formal talks between Pelosi, Mnuchin, Senate Democratic leader Chuck Schumer and White House Chief of Staff Mark Meadows broke down on Aug. 7. Pelosi has since taken the lead for Democrats.

Before talks between Pelosi and Mnuchin resumed, the White House had said Trump could agree to a $1.3 trillion bill.