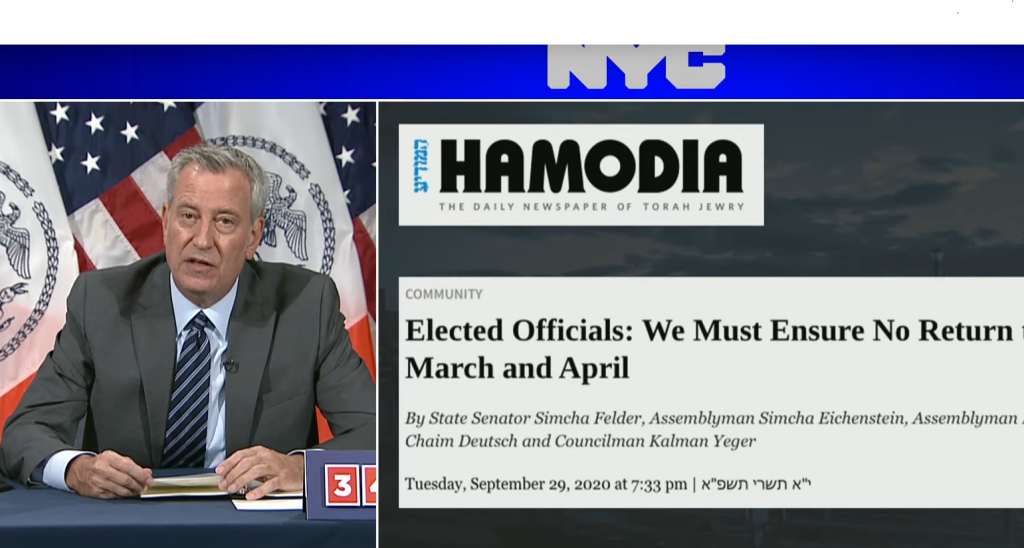 NYC Mayor Bill de Blasio lauded Hamodia for publishing an op-ed authored by elected officials of Brooklyn which encouraged the residents of neighborhoods which have recently seen a rise in positivity rates to adhere to all the safety guidelines, including wearing face coverings and  getting tested for COVID. “It’s a very powerful and straight forward OP-Ed,” Mayor de Blasio said.

Later in the same press conference, Hamodia reporter Reuvain Borchardt coversed with the mayor and other officials, and was thanked by Health Commissioner Dr. Dave Chokshi for his pertinent questions in helping publicize the need for getting the correct information to the residents of New York City.