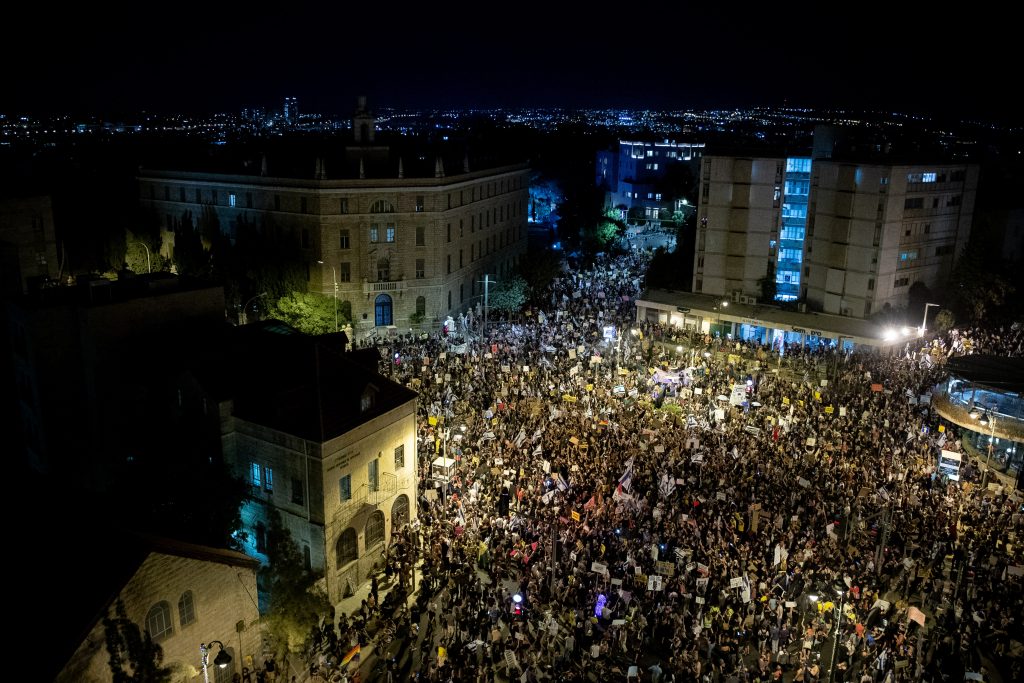 By a vote of 46-38, the Knesset plenum early Wednesday morning passed a bill under which the government may declare, during a national lockdown, a “special state of emergency due to the corona virus,” and impose restrictions on demonstrations and prayer gatherings, including restrictions on the number of participants.

The bill went into effect following the Knesset’s approval, as did the statutory declaration of a “special state of emergency.”

Under the proposed rules, during a special emergency Israelis will be banned from moving more than one kilometer (0.6 mile) away from their homes – including for political protests. Tefillos, demonstrations or religious services will not be banned entirely during a special state of emergency, which can be declared only during a national lockdown, but the government will be authorized to impose restrictions on such gatherings, including limitations on the number of participants. However, citizens are permitted to travel more than one kilometer from their homes to receive medical treatment, and disabled individuals may visit their parents or guardians even if they live more than a kilometer away.

Constitution, Law and Justice Committee Chairman MK Rabbi Yaakov Asher (United Torah Judaism) said, “Mistakes may have been made, but I haven’t heard any member of the opposition say that we shouldn’t open [the economy]. Everyone is nice. No one wants to be the bad guy. But we also have to say what should not be done, not only what should be done.

“If a teacher has to tell 40 pupils that, as of tomorrow, they cannot play with a ball, but some of the kids can, then this teacher will clearly lose control over the classroom,” he said.