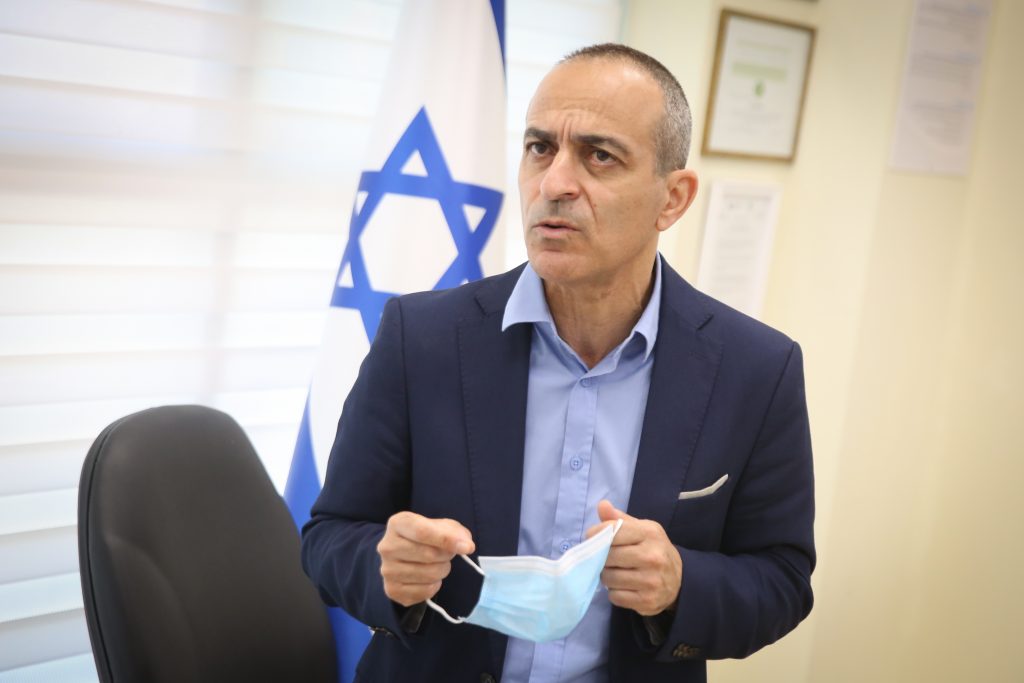 Ronnie Gamzu may be on his way out as the coronavirus czar, but not before he leaves his mark on the struggle to contain the pandemic.

Gamzu proposed on Wednesday to raise the stakes for coronavirus scofflaws, in some cases increasing fines to ten times the current amount, in order to clamp down on a widely non-compliant public.

But the most startling of all, for the big offenders:

Holding large public gatherings such as parties or conferences in violation of regulations: from NIS 5,000 to NIS 50,000.

According to media reports on Wednesday, Gamzu—whose brief tenure has witnessed a dramatic worsening of the crisis and whose relationship with Israeli Prime Minister Binyamin Netanyahu‏‏ is said to have deteriorated—is expected to resign at the end of October. So far, though, there’s been no official word on it.

Meanwhile, Netanyahu offered his job to previous Health Ministry director-general Moshe Bar Siman-Tov who said that he is seriously considering it, according to a Ynet report Wednesday.

Coalition whip Miki Zohar has reportedly called for Health Minister Yuli Edelstein to appoint Bar Siman-Tov, saying that he had “proven himself in the first wave and stood the test of time. His appointment as [coronavirus czar] could bring about positive change.”

However, some 100 heads of city and regional councils called on Prime Minister Netanyahu to pick Haim Bibas, mayor of Modi’in-Maccabim-Reut and chairman of the Federation of Local Authorities in Israel, to be Gamzu’s successor, according to Walla news.

The mayor of Efrat, Oded Revivi, who initiated the call, argued that whereas the national government has lost public trust as it bungled the crisis, local leaders have gained trust. They are closer and better informed about the needs of their residents and could serve as a bridge between the people and the central government.

Gamzu has made no secret of the difficulties, both professional and personal, in his post.

In a recent interview, he described enduring a three-week “nightmare” over school reopening this fall, as he fought Education Minister Yoav Gallant’s plan to reopen all schools on September 1. Gamzu won out, and schools in areas with severe outbreaks were kept closed, but it was a strain.

He has also been at odds with chareidi leaders over what they have charged are regulations that discriminate against the religious community.

But possibly worst of all the trials was his fight with Netanyahu over imposing the current lockdown, which he opposed as too extreme. According to reports, Gamzu told associates the decision was “terrible” and its motives “disgusting.”