Business FAA Chief on Boeing 737 MAX Test Flight: ‘I Like What I Saw,’
Business 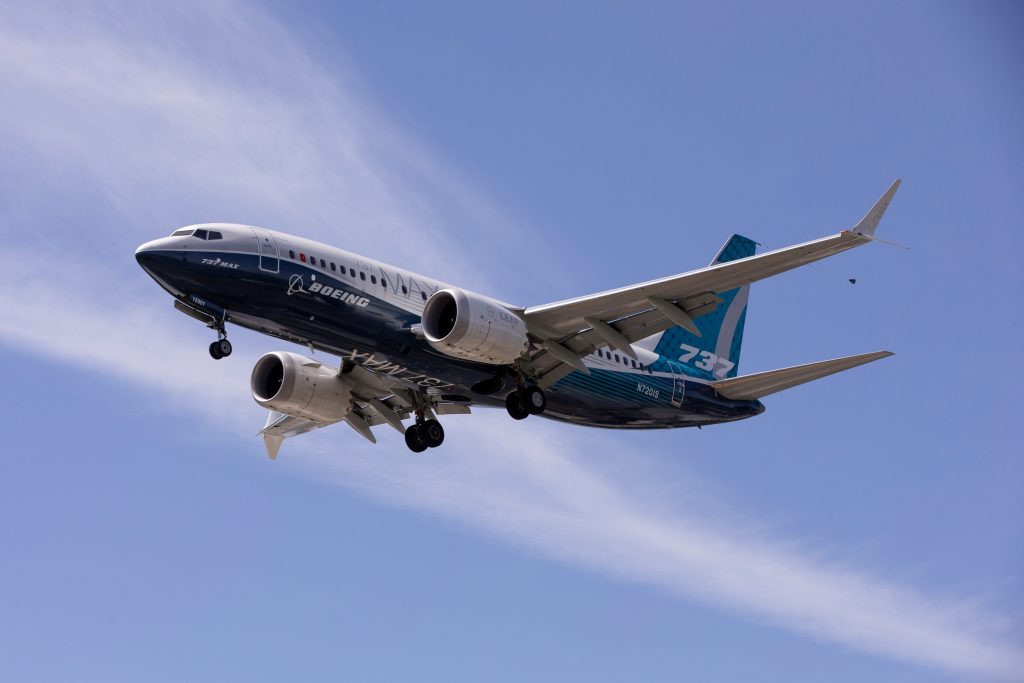 Federal Aviation Administration (FAA) Chief Steve Dickson conducted a nearly two-hour evaluation flight at the controls of a Boeing 737 MAX on Wednesday, a milestone for the jet to win approval to resume flying after two fatal crashes.

“I like what I saw on the flight,” Dickson told a news conference afterwards, but said he was not ready to give the jet a clean bill of health, with FAA reviews still ongoing.

“We are not to the point yet where we have completed the process,” Dickson said.

The flight was a key part of the U.S. planemaker’s long-delayed quest to persuade the FAA to lift a March 2019 grounding order triggered by 737 MAX crashes in Ethiopia and Indonesia that killed 346 people within a five-month period.

The accidents plunged Boeing into its worst-ever crisis, strained its relationship with the FAA, threw into question the U.S. regulator’s position as the standard-bearer for global aviation safety and prompted bipartisan calls in Congress to overhaul how the FAA certifies new airplanes.

Critics, including a crash victim’s father, said the flight amounted to a publicity stunt and demanded the FAA release test data and other information so outside experts can make their own assessments.

“Without that secret data, independent experts and the public cannot confirm whether the aircraft is safe,” said Michael Stumo, whose daughter was among the 157 people killed in the second 737 MAX crash, in Ethiopia.

In both accidents, a flawed control system known as MCAS, triggered by faulty data from a single airflow sensor, repeatedly and forcefully pushed down the jet’s nose as pilots struggled to intervene.

If Dickson’s flight and broader reviews go well, the FAA is seen as likely to lift its U.S. grounding order in November, sources said on Wednesday, putting the MAX on a path to resume commercial service potentially before year-end.

That timeline jibes with comments last week from Dickson’s counterpart in Europe, Patrick Ky. He said the European Union Aviation Safety Agency (EASA) expects to lift its technical ban “not long” after the FAA, but national operational clearances needed for individual airlines to resume flying could take longer.

Separately, the U.S. House Committee on Transportation and Infrastructure on Wednesday unanimously approved bipartisan legislation to reform the FAA’s aircraft certification process in the wake of the 737 MAX crashes.