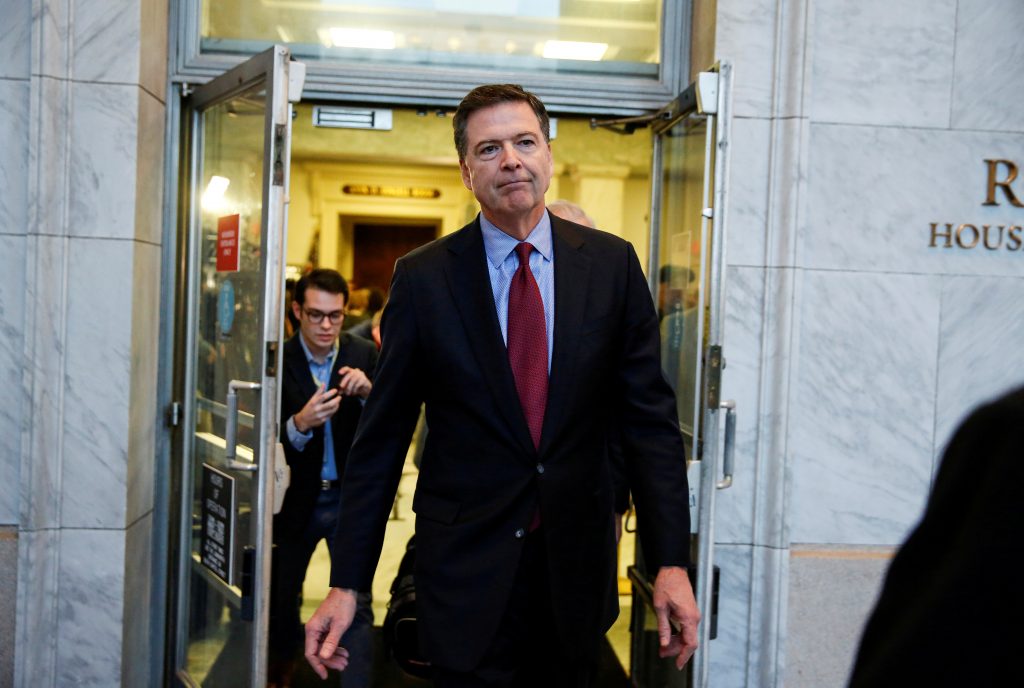 Former FBI Director James Comey, one of the principal figures behind the U.S. investigation into links between Russia and President Donald Trump’s 2016 election campaign, will testify on Wednesday before a Senate committee examining the origins of the probe.

Comey, who Trump dismissed in May 2017, will appear before the Republican-led Senate Judiciary Committee at 10 a.m. to discuss an FBI probe of Trump campaign officials, code-named “Crossfire Hurricane.”

Senate Republicans say the probe, which was later handed off to Special Counsel Robert Mueller, was intended to undermine Republican Trump’s candidacy and presidency.

In December, a Justice Department watchdog found evidence of numerous errors but no political bias when the FBI opened the investigation.

Senate Judiciary Committee Chairman Lindsey Graham, a Trump ally, has said he wants accountability for the errors, including ones in the FBI’s applications for warrants to monitor Carter Page, a former Trump campaign adviser.

The panel’s top Democrat, Senator Dianne Feinstein, has sharply criticized the committee investigation as an effort to attack Joe Biden, the Democratic presidential candidate challenging Trump in the Nov. 3 election.

The Senate Judiciary Committee is one of two Republican-led Senate panels investigating the origins of the Russia probe.

Wisconsin Senator Ron Johnson, who chairs the Senate Homeland Security Committee, is leading his own. That committee recently voted to move forward with subpoenas and depositions of dozens of Obama-era officials as part of an inquiry that Democrats say is intended to boost Trump’s re-election campaign.

The Mueller probe found that Russia sought to interfere in the 2016 election to boost Trump’s candidacy and that the Trump campaign had numerous contacts with Russians. But Mueller concluded that the evidence did not establish a criminal conspiracy between the Trump campaign and Moscow.