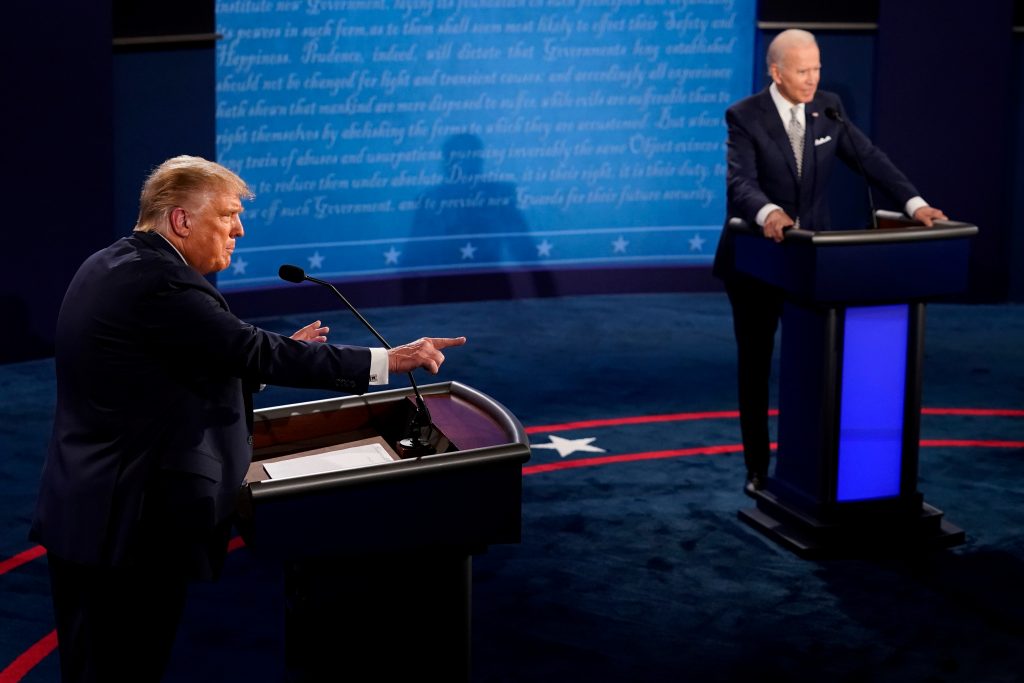 The 90-minute face-off triggered widespread criticism of Trump and, to a lesser extent, Biden. The Republican president repeatedly bullied Biden and questioned his intelligence, while the Democratic nominee called Trump a racist, a liar and the worst president ever.

The former vice president has held a modest but steady lead in national voter surveys for months, although opinion polls in the battleground states that traditionally decide elections show a closer contest.

The debates commission said it would adopt changes to allow for a “more orderly discussion,” with the next debate scheduled for Oct. 15 in Miami. There was immediate speculation that this could include a mute button to limit interruptions.

The Trump campaign accused the organization of “moving the goalposts and changing the rules in the middle of the game.”

Trump also was critical of the debate’s moderator, Fox News anchor Chris Wallace, who spent much of the debate trying to restore order.

“Chris had a tough night,” Trump posted on Wednesday morning on Twitter, calling the debate a “two on one” fight.

Biden said on Wednesday he hoped organizers of future debates would be able to turn off the microphone of the candidate who is not speaking.

“It was a national embarrassment,” Biden said of the debate and Trump’s performance. “I am not going to speculate what happens at the second or third debate.”

The debate commission defended Wallace, thanking him “for the professionalism and skill he brought to last night’s debate” and promising “additional tools to maintain order.”

Biden, 77, was on a train tour through Ohio and Pennsylvania, both “Rust Belt” battleground states. The latest Reuters/Ipsos poll of Pennsylvania gave Biden only a slight advantage there.

Trump, 74, was in Minnesota – one of the few states his campaign is targeting that voted Democratic in 2016 – for a fundraiser before a Wednesday evening rally in Duluth.