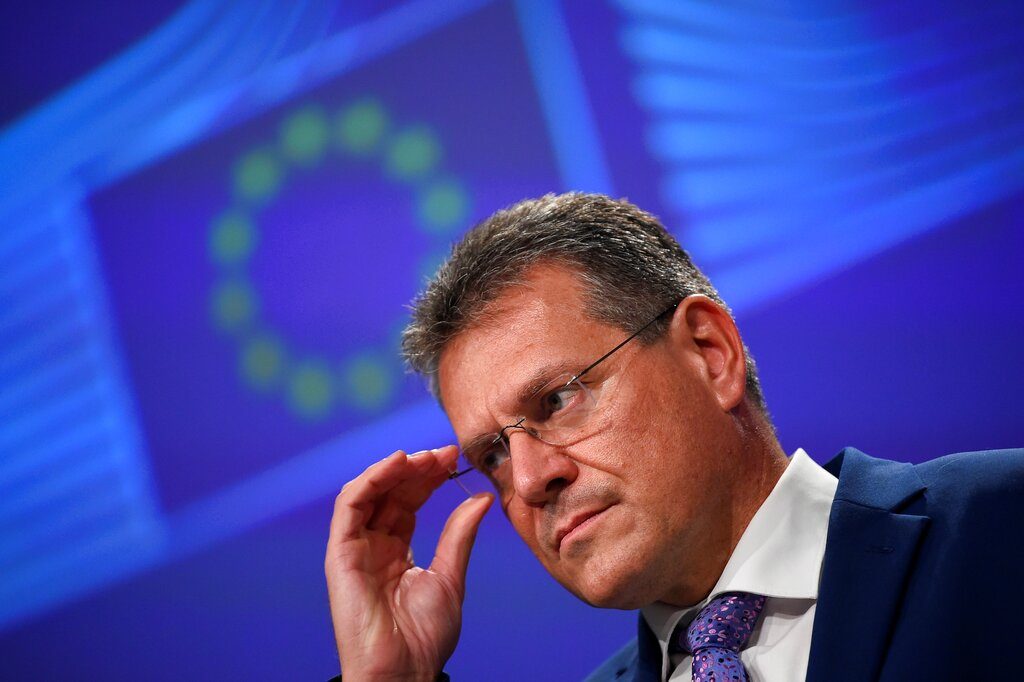 European Union and British negotiators hunkered down Tuesday to seek last-minute compromises on everything from fisheries to competition in hopes of creating a post-Brexit trade deal. But the atmosphere was soured by U.K. lawmakers voting to let their government wriggle out of commitments it already made to the bloc.

The EU has threatened legal action if Britain does not drop a bill that breaches the legally binding divorce agreement the two sides reached late last year. U.K. lawmakers nonetheless voted 340-256 Tuesday to push the legislation past its last major House of Commons hurdle.

Time is short for the U.K. and the EU to mend fences. A transition period that followed Britain’s departure from the EU on Jan. 31 ends in less than 100 days, on Dec. 31.

German Europe Minister Michael Roth, whose country currently holds the EU presidency, said Britain’s legislative maneuver was “casting a dark shadow over the ongoing negotiations.”
As the bloc’s economic engine, Germany has a massive stake in a positive outcome for the Brexit trade talks.

Roth said the withdrawal agreement had been crafted to preserve peace on the island of Ireland, where the U.K. and the EU have their only land border, between Northern Ireland and the Republic of Ireland.

If it becomes law, Britain’s Internal Market Bill will give the U.K. the power to disregard part of the Brexit withdrawal treaty dealing with trade to and from Northern Ireland, which shares a 300-mile (500-kilometer) border with Ireland.

EU leaders fear that could lead to the re-imposition of a hard land border and erode the stability that has underpinned peace since Northern Ireland’s 1998 Good Friday accord.

“To recklessly jeopardize that historic achievement would send a disastrous message,” Roth wrote in Der Spiegel.

The U.K. government says it respects the peace accord and the Brexit withdrawal agreement, but wants the law as a “safety net” in case the EU makes unreasonable demands after Brexit that could impede trade between Northern Ireland and the rest of the U.K.

Prime Minister Boris Johnson’s large parliamentary majority ensured the bill passed its final House of Commons vote on Tuesday night, despite resistance from opposition parties and even some members of the governing Conservative Party.

The legislation still must pass through Parliament’s upper chamber, the House of Lords, before becoming law. No date has been scheduled for it to be debated there.

The EU, which demanded Britain drop the bill by the end of the month, will decide by Wednesday night what action to take against the bill, and likely will start a legal fight.

Against that chilly backdrop, negotiators sat down in Brussels on Tuesday for their final scheduled round of trade negotiations.