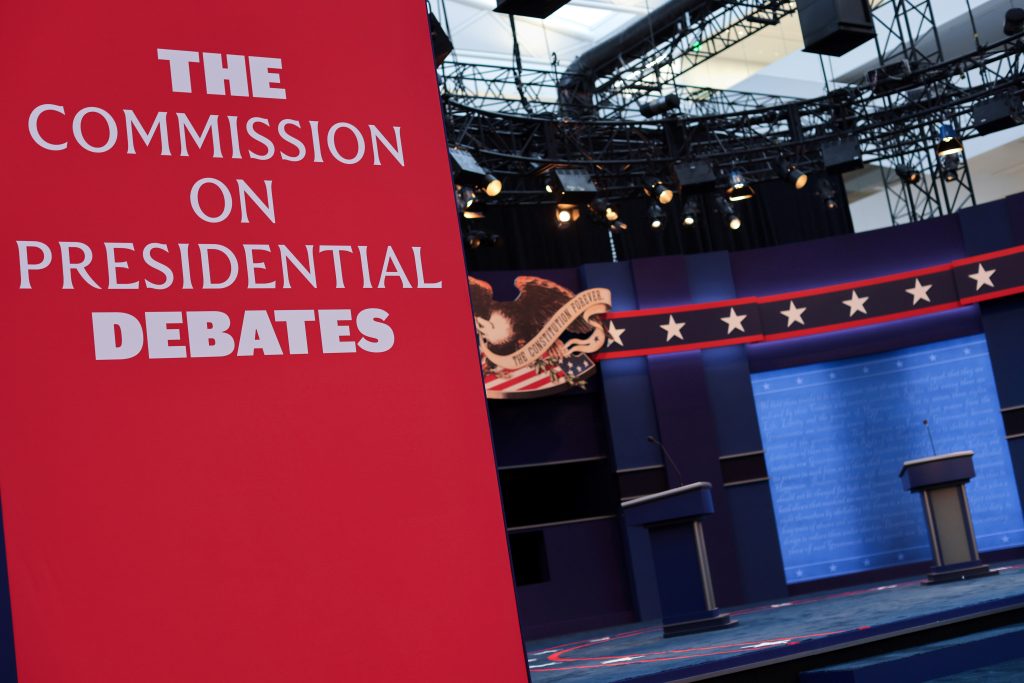 Republican President Donald Trump and Democratic rival Joe Biden will square off for the first time on Tuesday in a pivotal debate that will provide a stark clash of styles and the prospect of a fiery and brutally personal grudge match.

With more than a million Americans already casting early ballots and time running out to change minds or influence the small sliver of undecided voters, the stakes are enormous as the two White House candidates take the stage five weeks before the Nov. 3 election.

The combustible Trump and more low-key Biden will debate an array of urgent political challenges, including a coronavirus pandemic that has killed more than 200,000 people in the United States and thrown millions out of work, a brewing battle over Amy Coney Barrett’s Supreme Court nomination, and continued protests across the country for racial justice.

The latest point of contention surfaced on Sunday when The New York Times reported that Trump paid just $750 in federal income taxes in 2016 and 2017 – and none in 10 of the previous 15 years.

The encounter could be crucial for Biden, giving him a chance to prove he is a steady hand who is capable of stepping into the Oval Office and ending the tumult of Trump’s first term, strategists said.

Biden has held a consistent lead over Trump in national opinion polls, although surveys in the battleground states that will decide the election show a much closer contest.

About 9% of likely voters are not currently backing either major-party candidate, which is less than half of the number who were not committed to one of the top contenders in September 2016, according to Reuters/Ipsos polling.

“Voters have made up their mind about Donald Trump. They still aren’t quite sure what to make of Joe Biden,” said Republican strategist Alex Conant, an aide to Senator Marco Rubio during his 2016 presidential primary bid against Trump.

“If Biden goes in and demonstrates he is not scary to independents and is capable of doing the job, he will help himself significantly,” he said.

White House aides say Trump, 74, will aggressively challenge Biden‘s record on issues such as trade, energy and taxes and will be prepared to defend himself on his own taxes. Trump, who has repeatedly cast doubt on the integrity of the election, is likely to face questions about his refusal to commit to accepting the election results should he lose.

Biden, 77, will outline where Trump has fallen short of his own promises, a source familiar with his strategy said. He also is certain to press his criticism of Trump’s response to the pandemic, and highlight Trump’s efforts to eliminate the Affordable Care Act, known as Obamacare.

The 90-minute showdown, with a limited and socially distanced in-person audience because of the pandemic, will begin at 9 p.m. EDT at Case Western Reserve University in Cleveland. It is the first of three planned presidential debates.

The debate will be divided into six segments – the records of Trump and Biden, the Supreme Court, the coronavirus pandemic, the economy, election integrity and “race and violence” in U.S. cities.

Trump, a battering ram as a debater who regularly questions Biden‘s mental fitness and physical energy in blunt personal terms, will be trying to rattle the former vice president and throw him off his talking points, strategists said.

Ahead of the debate, Democrats have demanded that moderator Chris Wallace of Fox News correct Trump when he makes false claims. But Wallace, whom Trump has called “nasty and obnoxious,” said he would not perform a fact-checking function.

Biden started preparing for the debate in August, reviewing voluminous briefing materials, and has participated in mock debates with longtime aide Bob Bauer, a Democratic lawyer who is playing Trump, according to a person familiar with the matter.

Trump has huddled with top aides several times to talk over approaches to the debates and spent part of the weekend in preparations with former New Jersey Governor Chris Christie and his personal lawyer Rudy Giuliani, a Trump adviser said.

Both candidates have plenty of experience. In 2016, Trump dominated the crowded Republican primary debates with rapid-fire attacks on his rivals.

Biden participated in two one-on-one vice presidential encounters with Republicans Sarah Palin in 2008 and Paul Ryan in 2012. But he was sometimes put on the defensive during this cycle’s 11 Democratic primary debates.