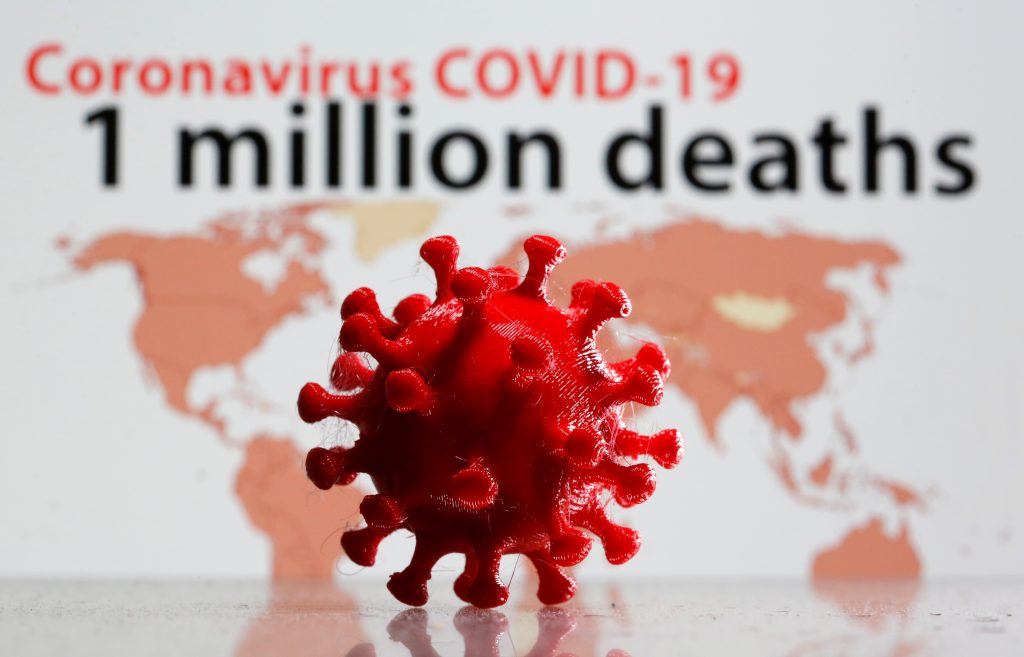 The World Health Organization (WHO) said on Tuesday that one million deaths from COVID-19 was “a very sad milestone,” with many victims suffering “a terribly difficult and lonely death” and their families unable to say goodbye.

The global coronavirus death toll rose past a million on Tuesday, according to a Reuters tally, a grim statistic in a pandemic that has devastated the global economy, overloaded health systems and changed the way people live.

“So many people have lost so many people and haven’t had the chance to say goodbye. Many people who died alone … it’s a terribly difficult and lonely death,” WHO spokeswoman Margaret Harris told a U.N. briefing in Geneva. “The one positive thing about this virus is, it is suppressible, it is not the flu.”