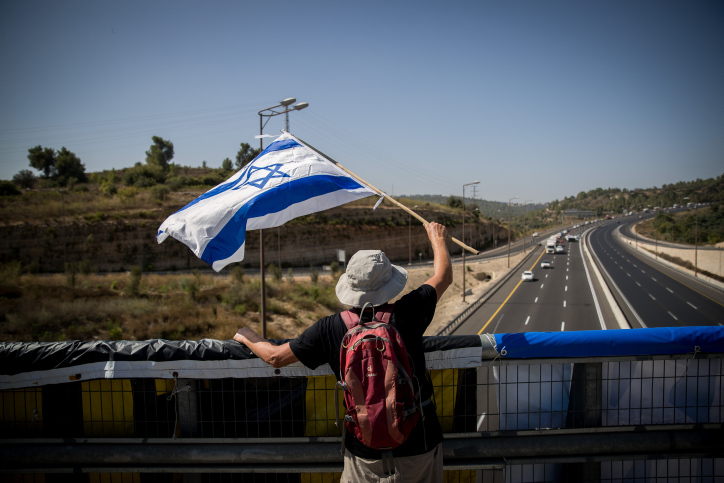 The Knesset Constitution, Law and Justice Committee on Tuesday approved legislation preventing public protests as they fight to slow the spread of coronavirus.

The legislation enables the declaration of a special emergency and preventing citizens from traveling further than one kilometer (0.6 mile) from their homes. This includes participation in demonstrations. It was passed for the duration of a week, with an option for extension up to 21 days.

The amendments, which must still pass in the Knesset plenum, will already take effect on Tuesday night at midnight. They are expected to pass in the plenum.

The rules will be able to be extended to up to three weeks, but each extension will need to be passed in the Cabinet.

The bill came to be after Prime Minister Binyamin Netanyahu’s Likud Party dropped reservations it had filed against the legislation.

The ruling party had demanded that the ban on mass protests — most notably regular protests outside the Prime Minsiter’s residence— remain in effect even after the new nationwide lockdown is lifted.

“The dangerous attempt by Likud to forbid protests until the entire corona crisis is over, failed,” Justice Minister Avi Nissenkorn (Blue and White) said.

In a rare agreement, the MKs agree to a Health Ministry request to permit an exception to the lockdown for all medical care, not just “essential” medical care, as in the current law.

They are one of five protest movements that sent convoys of cars to the Knesset on Tuesday, where violence took place between protesters and police after protesters tried to hang a sign across from the Knesset with the slogan “using coronavirus to bring dictatorship.”