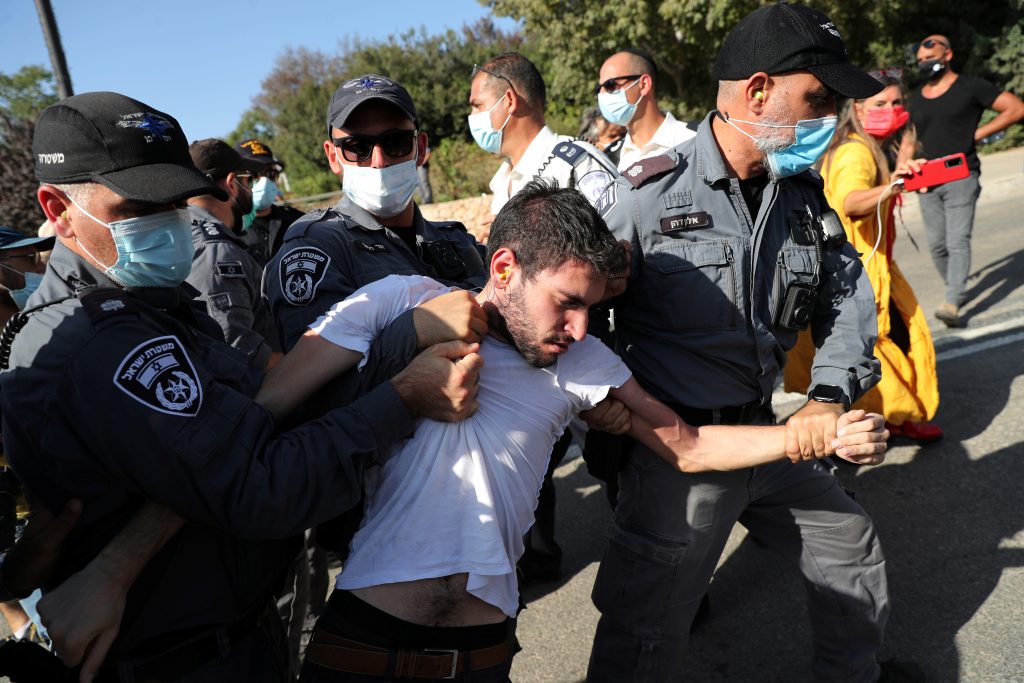 Hundreds of Israelis demonstrated outside the Knesset on Tuesday against a government-backed bill likely to stifle protests near Prime Minister Binyamin Netanyahu’s home during the current coronavirus lockdown.

The proposed law, which the government said was aimed at curbing COVID-19 infections, bans Israelis from holding street demonstrations more than one kilometer (0.6 mile) from their homes.

The measure, which critics said was really intended to block anti-Netanyahu protests, was approved by a parliamentary committee on Tuesday. It was expected to be ratified by the full Knesset  later in the day.

Many of the thousands of protesters who have gathered weekly outside Netanyahu’s official residence in Yerushalayim to demand his resignation over his handling of the health crisis, and alleged corruption, have travelled there from other cities. Outside the Knesset on Tuesday, demonstrators waved Israeli flags, banged on drums and chanted in favor of free speech ahead of the vote.

“They are denying us the right to protest because of political reasons not for health reasons and it’s mind-blowing, the frustration is beyond words, is beyond words. And a great worry,” said one of the demonstrators, Efrat Ben Barak, 40.

Police said three protesters who tried to block city workers from taking down banners that were hung illegally were arrested.

Tuesday’s vote was necessary to add the demonstrations to that category and limit all protest gatherings to 20 people.