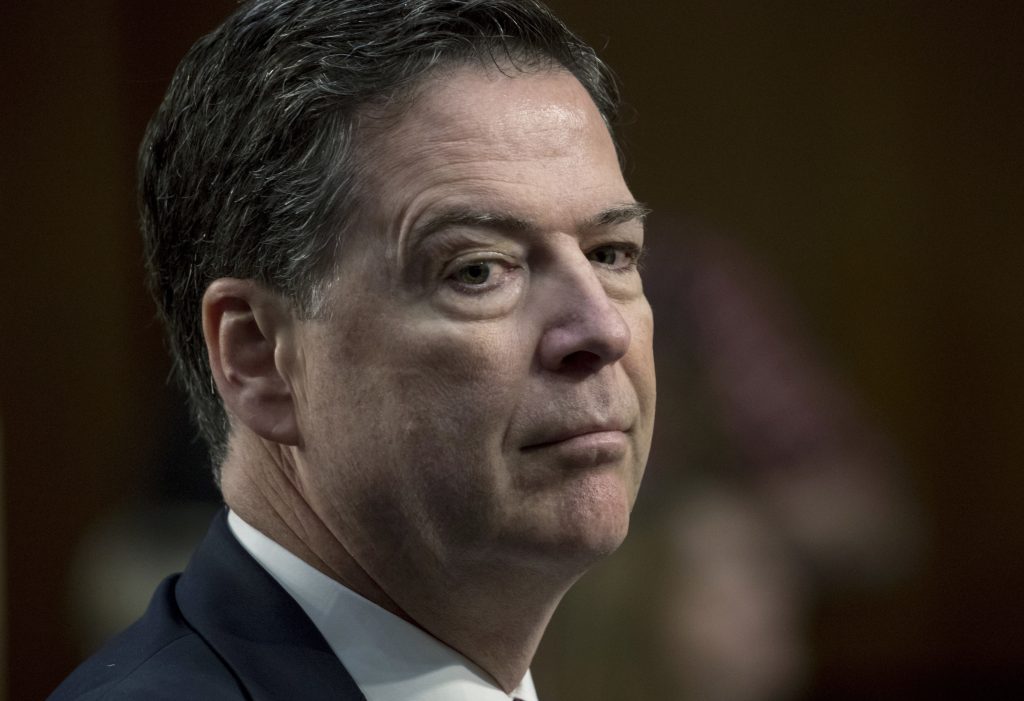 Senate Republicans’ election-season gambit to scrutinize the 2016 investigation of President Donald Trump’s campaign resumes Wednesday with public testimony from former FBI director James Comey, and as one of the president’s chief allies on Capitol Hill warns that a “day of reckoning” is coming.

Sen. Lindsey Graham, R-S.C., who chairs the Senate Judiciary Committee, organized the hearing with Comey as part of a long-running review of the counterintelligence probe known as “Crossfire Hurricane.” He is one of three Senate committee chairmen looking into the matter on suspicion that law enforcement’s scrutiny of Trump was biased.

Democrats have characterized the investigations as a political distraction and deeply troubling with November’s election weeks away.

“Plainly this hearing is designed and executed as a device for the Trump campaign,” committee member Richard Blumenthal, D-Conn., said Tuesday in an interview, adding that the Comey hearing would likely backfire and “land with a thud.”

A spokesman for Graham rejected that assertion, arguing that the senator’s interest in interviewing Comey is driven by new revelations contained in recently declassified materials made available by the Trump administration.

“We know a lot more about Crossfire Hurricane today than we did in previous times when Director Comey testified before Congress,” said Graham’s spokesman Kevin Bishop. “Earlier, [Comey] relied on the crutch of, ‘well, it’s classified.’ . . . This is going to be his chance to answer those questions. Maybe there’ll be some areas where he’ll take the chance to admit it wasn’t done by the book.”

Graham has publicized much of the material furnished by the Justice Department, including internal FBI records depicting officials’ doubts about the veracity of information compiled by a former British spy who had sought to examine Trump’s alleged Russia ties.

On Tuesday, Graham released a letter from Director of National Intelligence John Ratcliffe stating that Obama administration officials were briefed on a Russian intelligence analysis alleging that Trump’s general-election opponent in 2016, Hillary Clinton, authorized “a campaign plan to stir up a scandal” against Trump by tying him to Russian President Vladimir Putin and the Russians’ hack of Democrats’ emails. In the letter, Ratcliffe acknowledged that the intelligence community is uncertain if the information in that analysis was accurate.

The Washington Post reported in 2017 that officials believed a document matching the description in Ratcliffe’s letter was possibly fake and planted to confuse the FBI.

Although the Senate Republicans’ probes were launched during the early months of the Trump administration, they largely retreated from public view after Attorney General William Barr tapped Connecticut U.S. Attorney John Durham last year to conduct a similar investigation into whether the FBI’s scrutiny of Trump’s 2016 campaign was undertaken in “bad faith.” They have recently begun to pick up steam, with committee leaders making public moves calling attention to their inquiries.

It is unclear what Graham’s goal is, or when he and others will release findings from their investigation.

Democrats are bracing for a public splash sometime in November, noting that it now appears that Durham will not complete his investigation until after the election.

In 2016, Comey was criticized for reopening the bureau’s investigation of Clinton – based on new evidence – less than two weeks before Election Day.

Congress is normally out of session in October to allow lawmakers to focus on their reelection campaigns. But Graham, who finds himself in a close race this year, has dispensed with the traditional recess and committed the panel to politically contentious work, including a confirmation hearing next month for Judge Amy Coney Barrett, Trump’s nominee to replace Justice Ruth Bader Ginsburg on the Supreme Court.