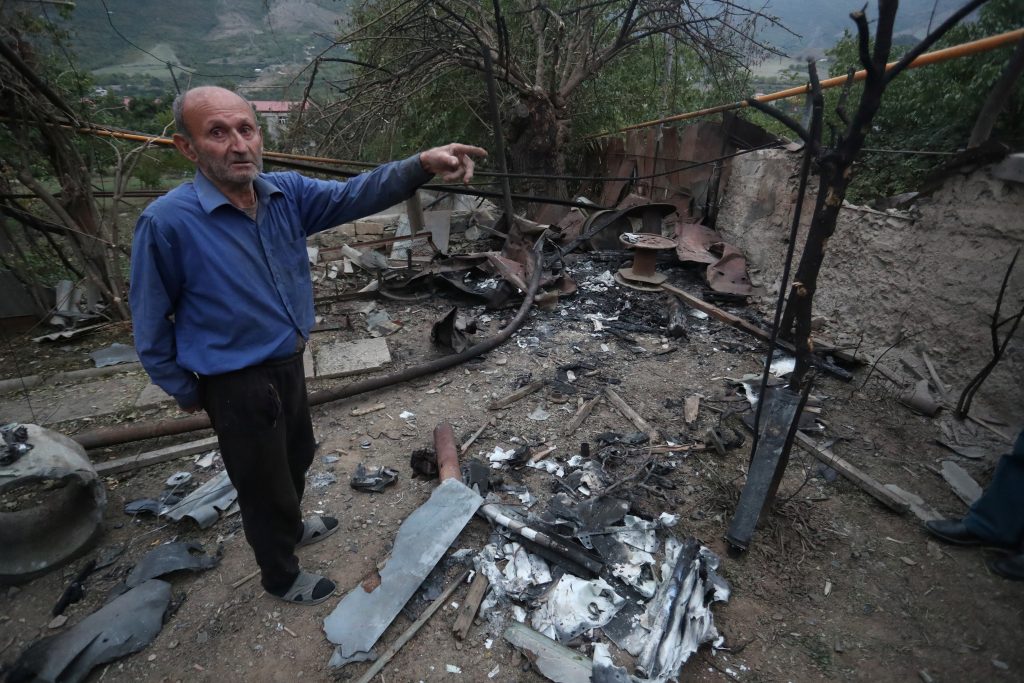 A civilian was killed on Tuesday in the Armenian town of Vardenis after it was shelled by Azeri artillery and targeted in a drone attack, Armenia’s Foreign Ministry said, the first casualty on Armenian soil since fighting broke out in Nagorno-Karabakh.

Armenia and Azerbaijan accused each other on Tuesday of firing into each other’s territory, far from the conflict zone in the breakaway Azeri region backed by Yerevan, as the worst spate of fighting since the 1990s raged for the third day.

Azerbaijan’s Defense Ministry said that from Vardenis the Armenian army had shelled the Dashkesan region inside Azerbaijan. Armenia denied those reports.

U.S. Secretary of State Mike Pompeo urged Armenia and Azerbaijan on Tuesday to cease hostilities as clashes continued over the breakaway Nagorno-Karabakh region.

Nagorno-Karabakh is inside Azerbaijan but is run by ethnic Armenians and is supported by Armenia. It broke away from Azerbaijan in a war in the 1990s, but is not recognised by any country as an independent republic.

Pompeo said during a visit to Crete that he had discussed the clashes in talks earlier with Greek Foreign Minister Nikos Dendias.

“The foreign minister and I addressed the conflict in Nagorno-Karabakh where both sides need to stop the violence and work with the Minsk Group co-chairs and return to substantive negotiations as quickly as possible,” he said.

The Minsk group was set up by the Organization for Security and Co-operation in Europe (OSCE) in the early 1990s to encourage a resolution to the conflict. It is co-chaired by France, Russia and the United States.