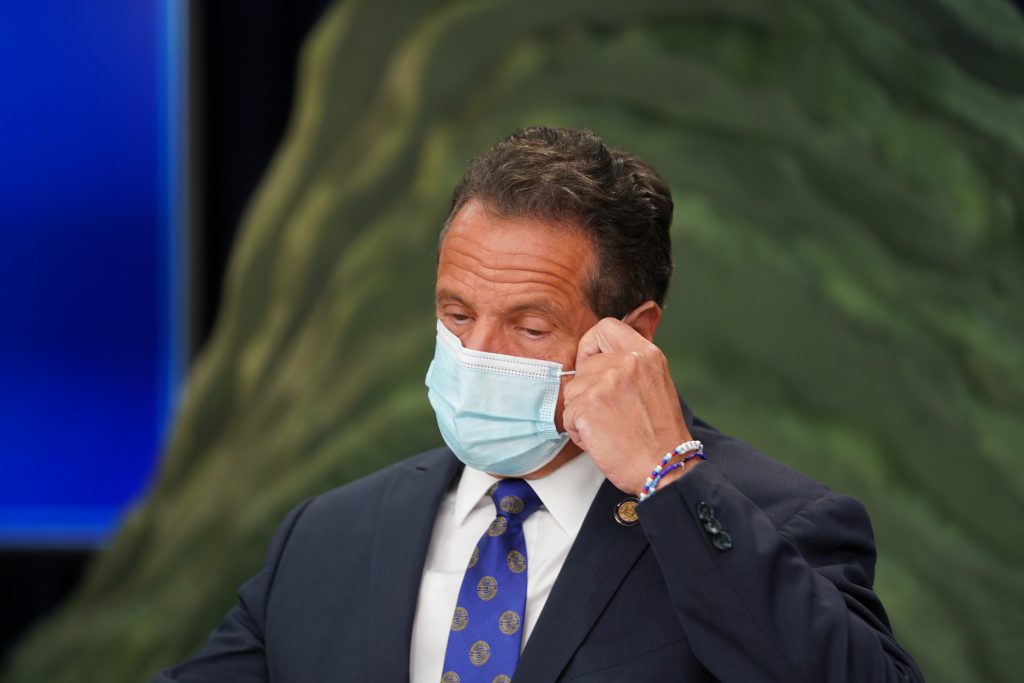 Gov. Andrew Cuomo raised alarm Monday about the emergence of a handful of coronavirus hot spots in New York, saying just 10 ZIP codes represented more than a quarter of the state’s new infections in recent testing.

New York has reported just over 11,500 new COVID-19 infections over the past two weeks, according to state figures.

A disproportionate number of new cases have come from a handful of communities in New York City and its northern suburbs.

Of the 834 new cases reported Sunday, 27% were in a group of 10 ZIP codes that included several neighborhoods in Brooklyn and Queens and in several communities in Rockland County. An area north of Binghamton in New York’s Southern Tier also saw an unusual number of positive tests.

Cuomo declined to single out any particular group for the spike.

“Whatever the population, the answer’s going to be the same — it’s compliance,” Cuomo told reporters Monday afternoon.

“The key with these clusters is to jump on them quickly, attack on all sides,” he said.

New York City health officials have said they are considering re-imposing restrictions on gatherings in select city neighborhoods where the virus was spreading.

Cuomo acknowledged people are getting sick of wearing masks and staying 6 feet apart, but cautioned, “You’ll offend them even more deeply if you start doing close-downs, and that’s what’s going to happen.”

Statewide, about 1.5% of people who sought COVID-19 tests wound up testing positive in results reported Sunday. Cuomo warned though that in a handful of ZIP codes, that rate is now up over 20%.

Cuomo warned his administration could close schools in areas where too many people are testing positive for the virus.

Still, New York’s rate of new infections is far lower than many states: the state reported about four new cases per 100,000 New Yorkers over the past week. That seven-day average reached nearly 50 in April.

New York hospitals reported 543 COVID-19 patients as of Sunday, the most since Aug. 18 but only a fraction of the nearly 19,000 who were in the hospital at the pandemic’s April peak.