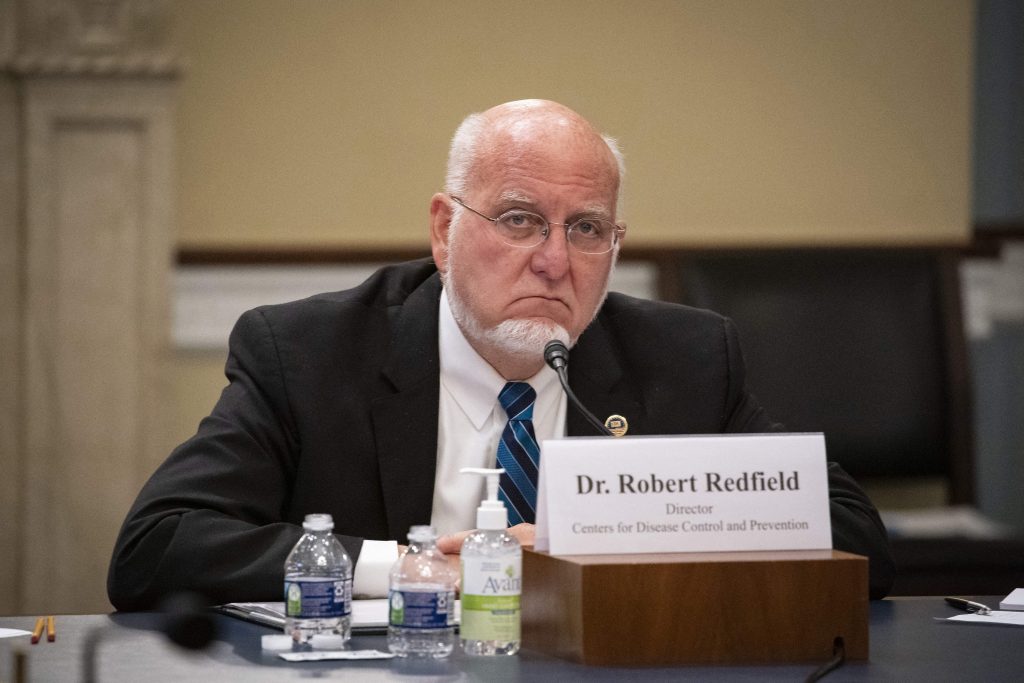 Robert Redfield, director of the Centers for Disease Control and Prevention (CDC), who Trump has rebuked for statements on the value of masks and vaccine availability, also expressed concern that Dr. Scott Atlas – a late addition to the coronavirus task force – is sharing inaccurate information with the president.

“Everything he says is false,” Redfield said in a Friday telephone call while on a plane from Atlanta to Washington, NBC reported. Redfield later told NBC that he was speaking about Atlas.

Redfield was conspicuously absent from a White House Rose Garden event where Trump announced plans to ship 150 million rapid tests to U.S. states before asking Atlas, a neuroradiologist with no background in infectious diseases, to speak.

Atlas called expanded testing a “remarkable advance” but acknowledged that increased social mingling and testing had led to a rise in COVID-19 cases in parts of the country.

“Fear is not the issue here,” he said. “We really have a handle on what’s going on.”

In the phone call, Redfield also said the threat from the coronavirus pandemic was far from over, contradicting Trump‘s assertion as he seeks re-election on Nov. 3 that the country was “rounding the corner.”

The number of tests coming back positive for COVID-19 is topping 25% in several states in the U.S. Midwest as cases and hospitalizations also surge in the region, according to a Reuters analysis. Health experts have expressed concern about a second wave of infections as the weather gets colder and people spend more time indoors.

Trump publicly dismissed congressional testimony by Redfield earlier this month on when a vaccine could be broadly rolled out, calling him “confused.” The president had also criticized Redfield for saying face coverings can be as effective as a vaccine.

“If every one of us did it, this pandemic would be over in eight to 12 weeks,” Redfield told NBC.

The CDC said comments about Atlas overheard by NBC were just one side of a “private discussion regarding a number of points he has made publicly about COVID-19” and did not provide context for that discussion.

Redfield differs with Atlas on mask wearing, youth COVID-19 infections, and herd immunity status, but agrees with him on many other issues, the CDC said in a statement.

White House spokeswoman Sarah Matthews said Trump‘s advisers sometimes disagree, and that the president makes policy decisions based on all the information he receives.

The White House had no immediate comment when asked if Redfield’s position was in jeopardy.

“When the President loses confidence in somebody, you will know it,” said one senior administration official.

Atlas, who has no public health expertise, defended his advice to the president. “Everything I have said is directly from the data and the science,” he said in a statement released by the White House.

Atlas’s views on handling the pandemic have been denounced by his peers at Stanford University’s medical school and other health experts.