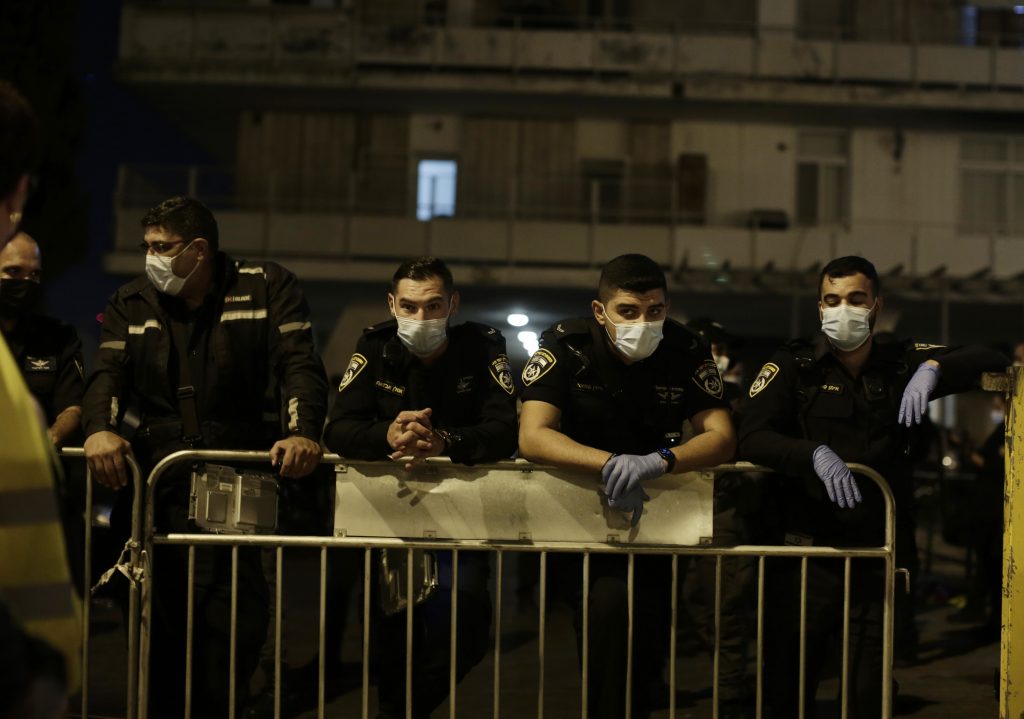 Thousands of Israelis gathered outside the official residence of Prime Minister Benjamin Netanyahu on Saturday night to demand his resignation, pressing ahead with weeks of protests against the embattled Israeli leader despite a strict new lockdown order.

With Israel facing one of the world’s worst coronavirus outbreaks, the tough lockdown rules went into effect Friday, closing many businesses, banning large gatherings and ordering people to stay close to home. But Israel’s Knesset, or parliament, was unable to agree on proposed legislation that would ban the right to protest.

Netanyahu has pushed hard for a ban on the demonstrations, claiming they pose a threat to public safety, and he has threatened to declare a state of emergency to halt the unrest. But his opponents accuse him of using the health crisis as a pretext to put a halt to weeks of demonstrations against him.

For over three months, thousands of people have thronged the streets of central Jerusalem near Netanyahu’s residence, calling on him to step down. Protesters say Netanyahu shouldn’t remain in office when he is on trial for corruption charges and accuse him of bungling the response to the coronavirus crisis. Many of the protesters are young, educated Israelis who have lost their jobs because of an economic downturn.

Protesters at Saturday night’s gathering were noisy but orderly, with many standing in marked spots to conform with social distancing rules. Protest leaders urged people to keep a safe distance from one another, and the crowd stretched for blocks along a main road as police patrols looked on.

It remains unclear whether parliament will approve the ban on demonstrations. Netanyahu’s rival and governing partner, Benny Gantz, has rejected the call for a state of emergency. The two men formed an emergency government last May with the stated goal of combating the virus outbreak. But their partnership has been hobbled by repeated infighting.

Late Saturday, Netanyahu released a video defending the new lockdown, acknowledging that mistakes “absolutely” were made in recent months, but saying there was no choice but to impose the restrictions. He made no mention of the protests, but urged people to stay out of synagogues and only pray outdoors on Yom Kippur.

Israel’s Charedi leaders — key political allies of Netanyahu — have objected to restrictions on public prayers, accusing the mostly secular authorities of discriminating against them while allowing the street protests to continue. The Charedi sector has been hit especially hard by the virus.

Israel has reported more than 226,000 cases since the pandemic began, including 1,417 deaths. It currently has more than 61,000 active cases, including 700 patients in serious condition.