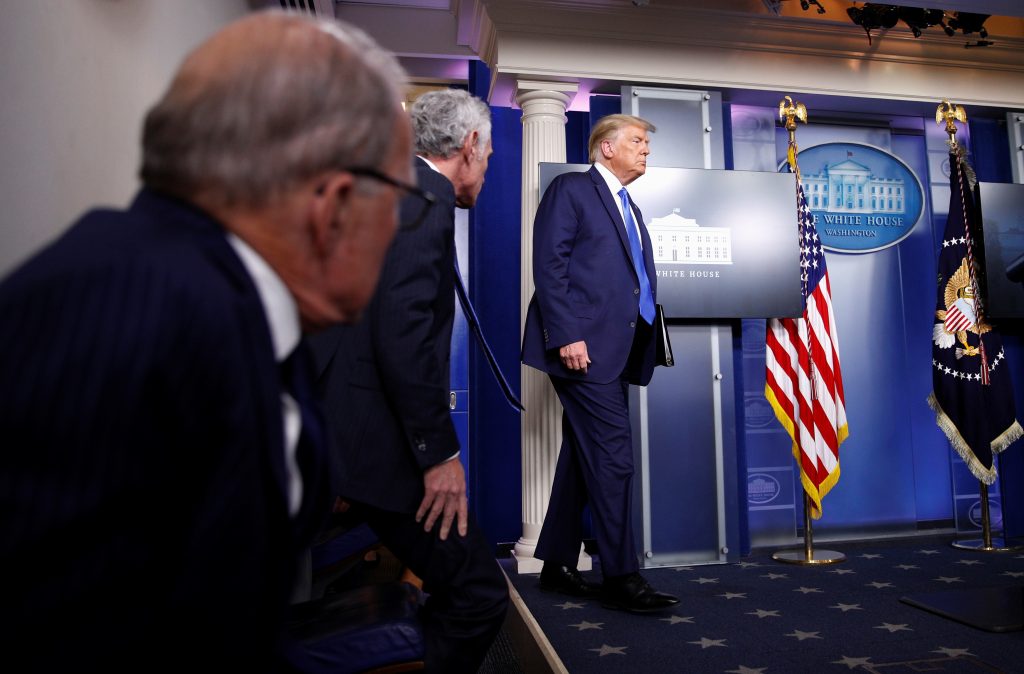 With speculation swirling over his pick for the Supreme Court, President Donald Trump heads to Florida on Thursday, hoping to shore up support in that hotly contested state ahead of the Nov. 3 election.

Trump’s trip to Jacksonville comes two days before he plans to reveal his nominee to succeed Justice Ruth Bader Ginsburg, the liberal icon who died last week at 87, and as a Reuters poll showed the presidential race between Trump and Democrat Joe Biden in Florida to be a dead heat.

Populous Florida, with its 29 electoral votes, is central to Trump’s re-election strategy. The new Reuters/Ipsos poll, conducted from Sept. 11-16, showed Biden and Trump tied in support in the state, at 47% each.

The poll showed that Florida voters trusted Biden and Trump equally to handle the coronavirus pandemic, but gave the president a 51% to 41% edge in managing the economy even amid the current downturn.

Trump won the state in 2016 over Hillary Clinton by just over 1 percentage point.

Trump has worked diligently to ramp up support among Florida’s Hispanic community, particularly Cuban Americans in south Florida. On Wednesday his administration slapped new restrictions on trade with Cuba, banning U.S. citizens from bringing home rum or cigars from the Communist-run island and from staying at Cuban government-owned hotels.

Some Florida Republicans have pushed for Trump to choose Barbara Lagoa, a Cuban-American judge on the Atlanta-based 11th Circuit Court of Appeals, to replace Ginsburg, believing the move would bolster his prospects in the state.

But Trump has yet to meet with Lagoa. “I don’t have a meeting planned, but she is on my list,” he told a news conference on Wednesday.

Trump met with the leading candidate, Amy Coney Barrett, a judge on the 7th Circuit Court of Appeals, earlier this week at the White House.

He is set to announce his choice on Saturday, touching off what is expected to be a furious partisan battle in the Senate over her confirmation.