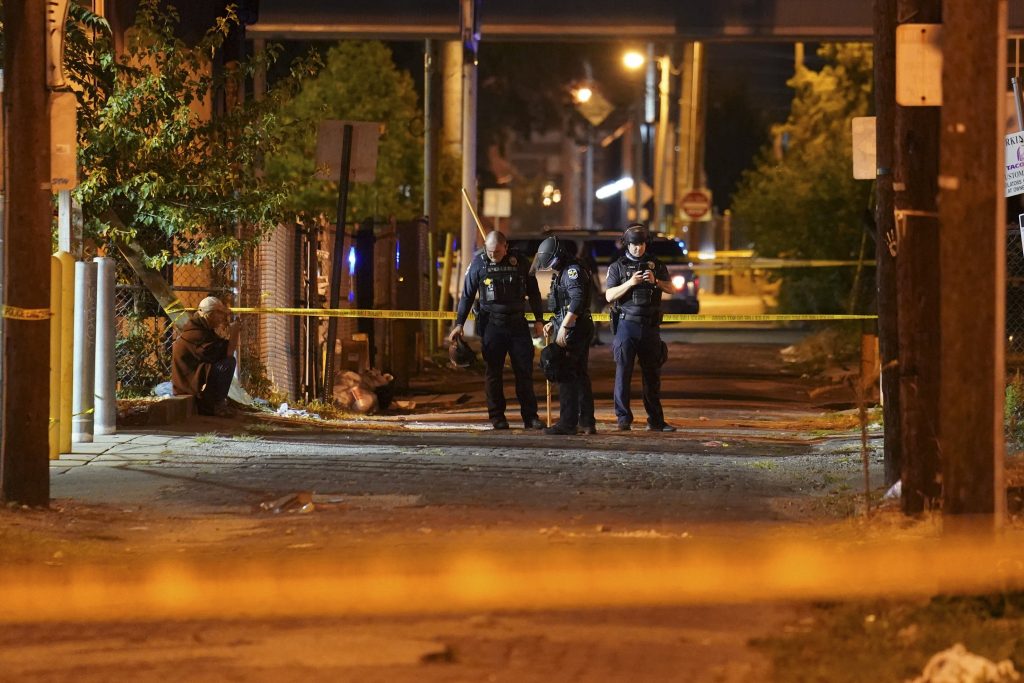 (AP) — Authorities pleaded for calm while activists vowed to fight on Thursday in Kentucky’s largest city, where a gunman wounded two police officers during anguished protests following the decision not to charge officers for killing Breonna Taylor.

Outrage over a grand jury’s failure to bring homicide charges against the officers who burst into the Black woman’s apartment six months ago set off a new round of demonstrations Wednesday in several American cities. The state attorney general said the investigation showed officers were acting in self-defense when they responded to gunfire from Taylor’s friend.

Reginique Jones returned Thursday morning to the park in downtown Louisville that has been the hub for protests, saying she was distraught over the grand jury’s decision to only charge a single officer for firing into apartments neighboring Taylor’s. Still, Jones vowed to continue pressing for increased police accountability and for a statewide ban on “no-knock” warrants — the kind issued in the Taylor case, though state Attorney General Daniel Cameron said the investigation showed police did announce themselves before entering

Though protests in Louisville began peacefully the day before, officers declared an unlawful assembly after they said fires were set in garbage cans, several vehicles were damaged and stores were broken into. A 26-year-old man was arrested and charged with firing at police and wounding two officers

“Violence will only be a source of pain, not a cure for pain,” said Mayor Greg Fischer. “Many see Breonna Taylor’s case as both the tragic death of a young woman and the continuation of a long pattern of devaluation and violence that Black women and men face in our country, as they have historically.”